The Palestinian Authority’s Central Elections Commission (CEC) has set up 11 polling stations to serve 150,000 eligible voters from eastern Jerusalem who live in the city’s suburbs – out of a total of about 300,000 Arabs who are in the city.

The 2021 Palestinian Authority election for the Palestinian Legislative Council will be held on May 22, according to a January 15 decree by Chairman Mahmoud Abbas.


The voters in question live in neighborhoods such as Kufr Aqab, to the north of Jerusalem, and Shufat refugee camp, to the east, which were separated from the city in 2004 with a 24-foot high concrete barrier but remain within Jerusalem’s municipal boundaries. The CEC argues that these Arab residents of Jerusalem can vote in the upcoming elections without Israeli interference since the polling stations beyond the concrete barrier do not require Israeli approval.

An estimated 60 Arab residents of eastern Jerusalem were nominated by the various electoral lists.

CEC Chairman Hanna Nasir said back in January that “about two million Palestinians in Jerusalem, the West Bank, and Gaza Strip are eligible to vote.” On March 2, the deadline for voter registration, the CEC reported that “2.6 million of the 2.8 million eligible voters in the West Bank and Gaza, 93% of the total,” had registered. On March 14, a Palestinian Authority official said the Arab residents of Jerusalem will participate in the general elections. But a senior Israeli government official told the Jerusalem Post on March 14 said that no decision had been made yet whether to permit some or all of eastern Jerusalem’s Arab residents to vote in PA polling stations inside Israel.

Chairman Abbas and other PA officials have stated that there would be no elections without the participation of the Arab residents of Jerusalem.

The PA sent a letter to the Israeli authorities reaffirming its intentions to conduct elections in Judea and Samaria, Jerusalem, and Gaza Strip on May 22, under the protocols that had been applied in the previous two legislative elections in 1996 and 2006, in which Arabs residing in eastern Jerusalem were able to vote at six post offices in the city that held a maximum capacity of 6,300 voters. Israel was asked to approve these six polling stations since it controls the Post Office.

The CEC said that should the PA not receive a response from the Israeli authorities before the start on April 30 of the election campaigning period—which is set to include Jerusalem, the CEC is prepared to take additional measures “based on the direction of the political leadership and consultations with both the Islamic and national political factions who have made great strides in forming their electoral lists.”

The CEC also denounced the Israeli arrests of Legislative Council candidates, especially those who are running in Jerusalem. 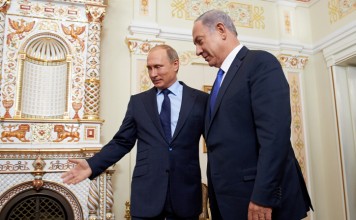 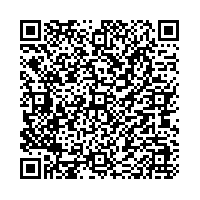