The Palestinian Authority (PA) security forces have in recent days arrested a number of political activists associated with Muhammad Dahlan after he criticized the PA for burning United Arab Emirates (UAE) flags and insulting Arab rulers who announced the normalization of ties with Israel.

The forces arrested Dr. Firas Halabi, Mou’ataz Abu Tayoun and others, all members of Dahlan’s political camp. Others were warned by phone not to act in public in the near future.

The Authority is now working to prevent the activities of Dr. Sari Nusseibeh, president of Al Quds University, a member of the Jerusalem aristocracy, who is affiliated with the Dahlan camp. Several of his men have been warned by Palestinian intelligence.

A source in Ramallah told TPS that the Authority is considering legal measures to revoke Dahlan’s identity card, and so far, it has encountered legal difficulties in the absence of a Palestinian “citizenship law.” Jurists in the PA were instructed to examine whether Dahlan’s residency could be revoked under British Mandate law.

Muhammad Abu Mahdi, a political activist from the Dahlan camp, wrote last week from his place of residence in Belgium that “we have recommended to the Palestinian Authority president [Mahmouad Abbas] to see and study the regional and international changes around him and to rebuild Palestinian political positions, but he sees in front of him only the victors ‘clothes and while the Palestinians are in more dangerous trouble following the internal divisions. The first step to repair the damage is Mahmoud Abbas’ departure.”

The background to the arrests is also the harsh words of Suha Arafat, the widow of arch-terrorist and PLO leader Yasser Arafat, against the Palestinian leadership and the insults it hurled at the Emirates.

Suha’s brother, Gabi Tawil, the PLO ambassador to Cyprus, was fired by Abbas after he refused to hold a protest rally against the Emirates at the embassy building.

A PA Foreign Ministry official told TPS that “the PA’s impoverishment and loss of status stem from the fact that Abbas is the president of the Palestinian people. The farce in the Arab League, which refused to discuss Palestine’s request to oppose the peace agreement with the Emirates, is a kick in the face of the Palestinians and a scathing insult, through Abu Mazen’s fault.”

“This is how it is when the Palestinian Foreign Service pursues Suha Arafat and her brother and the Dahlan people instead of operating in the Arab political arena,” he said. “Abu Mazen and his men must resign.”

Meanwhile, the Qudwa family, Arafat’s family, issued a statement condemning Suha, stating that “the irresponsible statements of Suha Tawil, the wife of the late President Yasser Arafat, about the political leadership of the Palestinian people are completely rejected and inconsistent with the family’s culture and morals. Suha did not receive permission from the Arafat family to speak on its behalf in the media and she exploits the memory of her husband, the martyred leader and his status.” 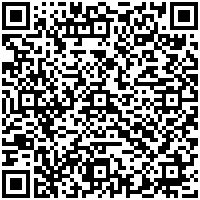