The Palestinian Authority has demanded that Romania not move its embassy in Israel to Jerusalem.

The demand was delivered Thursday by PA Prime Minister Rami Hamdallah to Romania’s envoy to Ramallah, Katalin Terlia during a meeting between the two men that took place on Israel’s 70th Independence Day.

Hamdallah claimed that such a move would “violate international law and UN resolutions, and destroy chances of peace and establishment of a Palestinian state on the 1967 borders with East Jerusalem as its capital,” according to a statement by Hamdallah’s office quoted by WAFA.

The United States plans to officially transfer its embassy from Tel Aviv to Jerusalem and open temporary facilities on the secular date of Israel’s declaration of independence, May 14.

President Jimmy Morales of Guatemala announced last month that his nation will also relocate its embassy to Jerusalem two days after the move by the United States, on May 16. Guatemala was the first country in 1959 to open its embassy in Jerusalem.

Honduras is the third nation that has announced its plan to move its embassy to Israel’s capital. The decision was passed by a huge majority of the Honduran Congress. 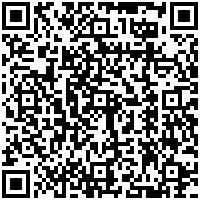