Defense Ministry Crossing Authority security officials on Saturday night stopped an Israeli vehicle for a search after the driver had aroused suspicion at the Te’enim Crossing outside Tulkarem in Samaria.

During the inspection, security officials discovered a Beretta pistol and two full magazines, both of which were confiscated. The driver was transferred to Israel Police for questioning. 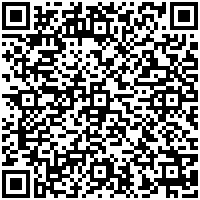