According to a survey published Dec. 27 by the Palestinian Center for Policy and Survey Research, which was conducted in cooperation with the Konrad-Adenauer-Stiftung in Ramallah between December 8 and 11, two-thirds of PA Arab respondents demand the resignation of Chairman Mahmoud Abbas. They are split over the resumption of coordination with Israel, with a majority saying Israel came out the winner and fearing the resumption would push even further the Arab normalization deals with Israel. A majority of respondents expressed optimism about President-elect Joe Biden’s election and support a dialogue with the new administration.

The total size of the sample was 1270 adults interviewed face to face in 127 randomly selected locations. The margin of error is +/-3%.

Three-quarters of respondents demand the holding of legislative and presidential elections, 38% said they would vote for Fatah (the main party in the PLO) and 34% for Hamas. But if Marwan Barghouti forms an independent list, he would receive 25% of the vote, and only 19% would vote for the official Fatah list. It should be noted that Barghouti is serving five life sentences in Israeli security prison for orchestrating numerous terrorist attacks, including suicide bombings, against civilian and military targets.

Should Mohammad Dahlan form his own independent list, he would receive only 7% of the votes, and 27% would vote for the official Fatah list – which means that Hamas would be the beneficiary of a Dahlan run. Many in the PA believe Dahlan, who used to be a main figure in the Fatah leadership, was responsible for Chairman Yasser Arafat’s death.

A majority of 53% oppose the resumption of the PA’s coordination with Israel, and the views are split as to whether or not Ramallah should accept the tax revenue collected on its behalf by Israel if salaries to terrorists and their families are deducted from the transferred funds.

An overwhelming majority of 87% think Israel did not abandon its annexation plan. 43% expect an improvement in economic conditions now after the resumption of coordination.

Finally, on the Arab Peace Initiative, Arab normalization with Israel, and Arab visits to Jerusalem, 75% of respondents believe the Arab Peace Initiative is a “thing of the past,” 57% believe Arab normalization hurts the prospects of peace with Israel, and the majority of respondents is opposed to visits to East Jerusalem by Arab tourists, particularly those from the Gulf. 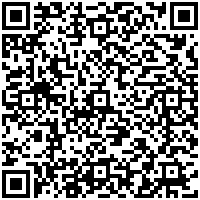