Thousands of Arabs took part in Monday’s violent riots near the security fence in the northern Gaza Strip, in the course of which they damaged the old security fence, which is located in Gazan territory, and set it ablaze. They also threw objects at IDF soldiers.

Earlier I reported a Palestinian attempting to light an #IDF post on fire at the border. He succeeded but it quickly died out. #Gaza #Israel pic.twitter.com/P0Vvrcy13M


According to the Gaza Health Ministry, 29 Arabs were injured in clashes with the IDF Monday, 11 of them were shot by IDF fire. According to the IDF Spokesperson’s Office, an estimated 7,000 Arab rioters had arrived at the fence in front of Kibbutz Zikim and threw improvised explosive devices, grenades and Molotov cocktails at the soldiers, and IDF soldiers hit dozens of demonstrators.

Despite the unceasing, daily riots, Israel’s political echelon approved the passage of fuel trucks from Qatar into the Gaza Strip via the Kerem Shalom crossing on Tuesday.

Video clips uploaded over the past 24 hours on the social networks document Arab rioters breaking down the fence along the Gaza Strip border, and one of them igniting the unmanned IDF post with a Molotov cocktail. The IDF Spokesperson emphasized that apart from this brief crossing of the fence, there were no other infiltrations into Israeli territory or damage to an active security infrastructure. The fire was immediately extinguished, and the only damage was to a camouflage net.

Palestinian LIONS succeed in ripping down part of the Israeli fence at Zikim gate caging them and turning Gaza to largest open air prison ✌
These Palestinians are not armed, have no grenades no bombs only strong determination to break the Israeli seigepic.twitter.com/ksbGO5HeyU

Of course, from an Arab point of view, this was heroic stuff. Which explains what government should do when youth unemployment reaches the 50% mark: send them to break and burn stuff. 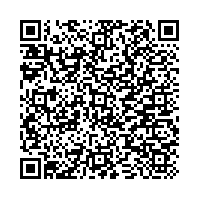