The Tamimi terrorist family living in the Samaria region claims the far-left B’Tselem NGO is “arming” them with cameras so they can film the action whenever they’re carrying out activities in close proximity to IDF soldiers.


Really close. As in the film of 17-year-old Ahed Tamimi slapping an Israeli soldier square in the face, footage that instantly went viral on both Israeli and Palestinian Authority internet networks.

The soldier rigidly controlled himself and didn’t react. (That night the young woman was placed under arrest by Israeli authorities, as was her cousin who helped out, and her mother who egged her on, and subsequently other involved relatives as well.)

Ahed, her siblings and her extended family members have long been involved in tightly choreographed provocations with IDF soldiers – all of which have been scrupulously recorded by the man who appears to be her doting father, Bilal Tamimi, apparently professionally trained by B’Tselem.

The elder Tamimi was just interviewed by Israel’s Channel 13 television network about his film-making and how it might be impacting on his child.

It turns out that Bilal Tamimi is actually a volunteer for B’Tselem. He explained to Channel 13 that he is a coordinator, and is in touch with the organization whenever he has photos or video footage to give to the NGO.

“Or we contact them if we need anything else in order to take photos or to film,” he said. “Usually our contact person with the NGO works in Ramallah. We don’t communicate directly with B’Tselem.”

The interviewers asked Bilal Tamimi if he isn’t afraid to put children at risk, in front of soldiers.

“Usually we don’t put children in front of soldiers,” he claimed, “The soldiers come to stand in front of children.”

Moreover, Tamimi went on to say the NGO has taught the Pallywood family exactly how to handle scenarios with the soldiers. 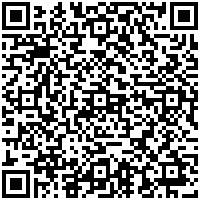