Ahmed Erekat, the terrorist killed on Tuesday while carrying out an attack in the outskirts of Jerusalem, was the nephew of Saeb Erekat, Secretary-General of the Palestine Liberation Organization (PLO) and chief negotiator with Israel.

The terrorist arrived at the Kiosk Checkpoint near Ma’ale Adumin and attempted to ram the troops with his car.


The police stated that the terrorist sped with his vehicle towards the checkpoint. A Border Police officer signaled the vehicle to stop but the vehicle continued speeding while straying from the lane and hitting the policewoman’s inspection post, lightly injuring her.

The terrorist exited the vehicle toward the forces, and they shot and killed him.

The wounded police officer was evacuated to a Jerusalem hospital.

“They have multiple cameras at the roadblock, why don’t they show the video? The lies of field executions have become an integral part of the rules of the occupation authority,” Saeb Erakat tweeted after in the incident in Arabic. “[Prime Minister Benjamin] Netanyahu is responsible.”

In English, he wrote that the incident was “acid blooded murder.”

Member of Knesset (MK) Aida Touma-Sliman, of the Arab-majority Joint List, stated that the incident was not the result of “human error, nor negligence, nor even a light hand on the trigger. It’s murder. It is a systematic execution when every Palestinian is a legitimate target.”

Shimrit Meir, an Arab media expert, pointed out that Ahmed Erekat appears to have made two good-bye videos some point before the incident, and that he was dealing with serious complications and accusations that spun out of control. Meir cautiously pointed out that this is a classic background for lone wolf attacks.

In December 2015, another one of Erekat’s relatives, a resident of Abu Dis and a member of the Palestinian Authority security forces, carried out a shooting attack at the Hizmah checkpoint in which several people were injured. The terrorist was killed.

What follows is the video of the terrorist attack: 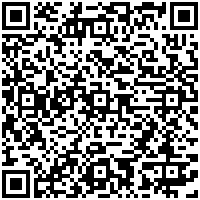