Israeli Border Guard Police stopped an Arab terrorist on Tuesday afternoon who was attempting to kill a Border Police officer at the Kiosk Checkpoint, east of Jerusalem, near Abu Dis, and in the area of Maale Adumim.

Israeli security forces opened fire at the attacker, who subsequently died of his wounds.


A female Border Guard Police officer was slightly wounded during the ramming attack.

A similar attack took place at the same site just a few months ago, this past April, when a Palestinian Authority terrorist rammed his car into a 20-year-old Israeli Border Police officer at the checkpoint and then stabbed him with a pair of scissors. Israeli security forces at the scene shot and killed the terrorist during that attack. 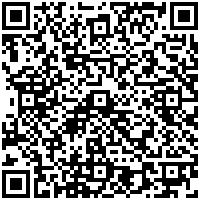