Defense Minister Benny Gantz informed the High Court of Justice last week that he was canceling the defense establishment’s initiative to allow settlers to privately purchase land in Judea and Samaria. The move, reversing what had been a growing consensus in the Defense Ministry in the past few years, was intended to avoid friction with the Palestinian Authority since the repeal of the existing law would have led to an accelerated expansion of the settlements.

The law in Judea and Samaria is openly racist: only Jordanians, Palestinians, or “foreigners of Arab descent” are allowed to purchase land as private entities in the “west bank.” In 1971, the IDF amended the Jordanian law to allow Jews to purchase land in the liberated territories through companies, and ever since that correction, Jews are allowed to carry out real estate transactions only through companies and with the approval of the Defense Ministry’s Civil Administration.

A source in the Defense Ministry who is involved in the details of the new move told Haaretz on Sunday: “As long as the law exists and the purchase of land in Judea and Samaria is conducted only through companies that we know and are in contact with, the ministry has the ability to manage and monitor this situation. But opening up the possibility of purchasing land to any private citizen will result in irresponsible purchases by Jews and will be a ‘finger in the eye’ of the Palestinian Authority.”

Gantz announced the cancellation of the initiative as part of his response to a petition of the High Court by the Regavim movement, which demanded the repeal of the Jordanian law on the grounds that it is racist and discriminatory. Gantz’s statement to the High Court said that “after considering all the relevant factors, it was decided that in all the considerations there is no room at this time to make changes to the 1953 Law of Leasing and Sale of Real Estate to Foreigners.” And so, Israel’s Defense Minister tells the Israeli High Court that segregationist legislation enacted by the Jordanian monarchy in the 1950s is the law of the land, thank you very much.

Are you angry yet? Wait, there’s more. Major Zvi Mintz, who was head of the real estate department at the IDF’s legal counsel in Judea and Samaria, wrote in a 2019 opinion that according to the laws of war which are in force in Judea and Samaria, the army may issue only orders that benefit the local population, adding that “over the years, it was customary to treat only the Palestinian population in the area as the local population.”

Somebody should tell some half a million Israelis living in Judea and Samaria that they do not count as a local population. This is tantamount to shifting the residences of millions of Israelis to their old homes in Warsaw and Baghdad. According to the good major, defining the settlers as part of the local population would require the approval of the Attorney General, otherwise “it would be required to justify the proposed amendment as improving the situation of the Palestinian population, which will certainly raise difficulties.”

Or, to yank an example from the jaws of American history, revoking the segregationist laws in southern states would have depended on showing how this would benefit the white population.

Regavim CEO Meir Deutsch responded: “Defense Minister Gantz’s decision to freeze the amendment of the law, contrary to the position of the professional echelon as well as the position of previous defense ministers, Lieberman, Netanyahu, and Bennett, is extremely worrying. It is sad to say that it essentially joins the recent decision of the Jordanian government, which prohibits Jordanian lawyers from participating in transactions for the sale of land in Judea and Samaria to Jews. The current law is a racist law that exists only in one place in the world, here in Israel.”

We could think of other places. Saudi Arabia comes to mind. The question is, how can the settlement movement convince its brothers and sisters on the left that racism is racism is racism, no matter your location. The answer: ain’t gonna happen. 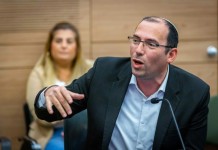 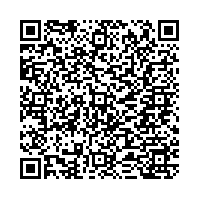