NJ Senator Cory Booker, a long-time friend of Israel, on Monday went out of his way to teach the audience at the AIPAC policy conference in Washington, DC, that their Jewish tradition requires them to support the two-state solution. Now, talk about cultural appropriation…


Booker, who studied Torah with Rabbi Shmuley Boteach at Oxford University in 1992 (the two had a falling out after Booker’s support for the Iran deal), lectured the AIPAC audience: “Those of us who gather together here know today we stand for Israel’s safety, security and the right to exist as a Jewish state. We know we must also therefore stand for the human dignity, the human rights, the safety and self-determination of the Palestinian people. These, you know, are Jewish values, the love of neighbors.”

To which the sages of the Talmud would have said, Oy vey, because the love of neighbors is not a particularly Jewish thing, indeed, we are more into stay away from your neighbors, or you’ll end up regretting it, look at what happened to Shmuley Boteach.

For the record, the idea the senator was referring to comes from one of the most misquoted verses in the entire Torah. The actual verse (Lev. 19:18) goes: “Do not seek revenge or bear a grudge against anyone among your own nation, but love your neighbor as you would yourself, I am God.” So, no Palestinians.

Booker suggested that those Jewish values were held by the two New York-born, Jewish civil rights activists Andrew Goodman and Michael Schwerner, who came down to Mississippi to register blacks to vote, and were abducted and murdered in Neshoba County, Mississippi, in June 1964.

“This value is why they died together in Mississippi,” Booker said. “Lasting peace will be achieved when we renounce hatred and terrorism and we sit down with our neighbors, Jew and Muslim, Israeli and Palestinian, and forge a pathway to that which has been dreamt of for generations.”

Not really. What’s much more likely to result from this generational dreaming are more Jewish bodies found in a ditch – it was true in Mississippi, it is still true in Judea and Samaria. 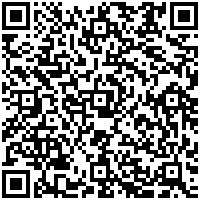