One day after the resignation of Defense Minister Avigdor Liberman (Yisrael Beiteinu) over the Netanyahu government’s conduct in the last round of fighting in the south – which cut the coalition down from 66 to 61 Knesset seats and raised the possibility of early elections – Justice Minister Ayelet Shaked (Habayit Hayehudi) on Thursday morning said the current government should serve out its term – but only provided the defense portfolio goes to her party chairman Naftali Bennett.

Prime Minister Netanyahu finds himself between the rock and the hard place following the Liberman resignation. If he surrenders to Bennett’s demands and crowns him defense minister, he runs the risk that, unlike his immediate predecessor, the former special forces officer (like Netanyahu) would turn out to be an effective chief of the military establishment with which he is intimately familiar. The result could be added prestige for Habayit Hayehudi, which, come the 2019 elections, could siphon back the rightwing votes Likud had grabbed from it in 2015 – and then some.

Netanyahu can’t afford to give up the helm at this point, since the AG is about to order the state prosecution to indict the PM and his circle of associates in several pending cases. Not being the PM during that time could prove fatal to Netanyahu’s ability to fight back and preserve his political power.

Should Bennett take over as DM, he could make a powerful contribution to the settlements enterprise, seeing as the defense establishment is the sovereign in Judea and Samaria. He could establish the permanent status of a long list of temporary outposts, build access roads, assign military protection, remove illegal Arab outposts, demolish European Union illegal structures, issue permits for a substantial increase in housing – the sky is the limit, almost literally. All of which would likely increase the number of siphoned votes from Likud to Habayit Hayehudi.

Indeed, the left and Likud are cautioning against making Bennett Defense Minister because they fear his likely aggressive response to the Gaza violence, when even if he didn’t change a thing in the IDF’s reaction to the Gaza terrorists, he could permanently alter the status and strength of the settlements.

Shaked, who spoke to Army Radio, criticized Liberman, saying, “Bennett and I rejected pressure from party activists to resign – we did not shirk our responsibility.”

“In the end, the prime minister must decide whether he wants to hold on to the government until November 2019, or go to elections now,” Shaked said. “If he wants to continue until next November, the right thing for him to do is give Bennett the defense portfolio.”

She then explained that Netanyahu and Bennett would be “a combination of a prime minister with a lot of experience and discretion and a defense minister who can handle these huge systems.”

“As far as Habayit Hayehudi is concerned, if this doesn’t happen, then we have to go to elections,” Shaked said, noting, “I think we should continue for another year. The joining of the prime minister and Bennett as defense minister will be a wonderful combination.” 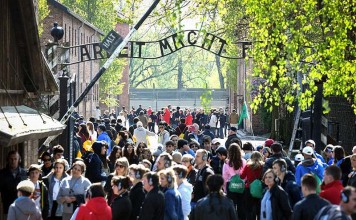 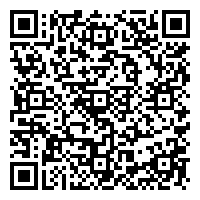