According to the latest poll conducted by the Palestinian Center for Policy and Survey Research (PSR) in the PA and the Gaza Strip between 14-16 September 2017, an overwhelming majority of the PA and Gaza public is worried about the future of their liberties.

“This prevailing perception seems to be driven by the recent increase in the incidents in which journalists and activists have been arrested, by the recently announced presidential decree enacting a cybercrime law, and by the government proposed amendments to the Law of the Judiciary. A large majority believes that Palestinians cannot criticize the PA without fear. In fact, half of the public believes that the PA has now become a burden on the Palestinian people,” the PSR states.

Using a sample is 1270 adults interviewed face to face in 127 randomly selected locations, with a margin of error of 3%, the survey concludes that this “worry about the future of liberties, along with the concerns about the steps taken by the PA against the Gaza Strip, might be responsible for the increase in the demand for the resignation of […] Abbas and the decline in his popularity compared to that of Hamas’ presidential candidate, Ismael Haniyeh. Indeed, if presidential elections were held today, Haniyeh would win against Abbas.”

The survey findings also indicate a decline in support for Fatah, particularly in the Gaza Strip where Hamas is more popular. Fatah’s popularity in the Gaza Strip stands at 28%, compared to 40% only nine months ago. And Gazans who still support Fatah are shifting loyalty to Mohammad Dahlan, whose popularity among Gazans has more than doubled during the past nine months, from 9% to 23% today. In the PA his popularity remains at less than 1%. Overall, in the PA Fatah remains more popular than Hamas.

These are the PSR findings regarding presidential and parliamentary elections:

If Abbas does not nominate himself in a new election, 35% prefer to see Marwan Barghouti replacing him, while 21% prefer Ismail Haniyeh; Mohammad Dahlan 9% (1% in the PA and 23% in the Gaza Strip); Mustapha Barghouti (5%); and Khalid Mishal and Rami al Hamdallah (4% each). 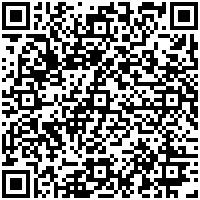