Chief PA negotiator with Israel for the past 20 years Saeb Erekat, who is also Secretary-General of the PLO executive committee, is currently waiting in Washington, DC, for a lung transplant after realizing he would not be able to receive a lung transplant in Israel following widespread criticism of news that he was awaiting a transplant in Israel. Israeli journalist Gal Berger cited a farewell interview Erekat gave PA TV last week, where he described his illness for the first time.

“In recent months there has been a major deterioration in my situation,” Erekat said. “I need oxygen and have difficulty walking, and every day I expect two lungs to be implanted.”


“There’s no one who isn’t afraid of an operation of this magnitude and I hope that it will go successfully,” Erekat said.

Erekat suffers from pulmonary fibrosis, which builds up scar tissue in the lungs and reduces the organ’s ability to transfer oxygen to the rest of body. Symptoms include shortness of breath and coughing. Pulmonary fibrosis can also lead to heart failure.

Erekat’s Israeli doctors told him last summer that he had a good chance of survival, but only if he received an immediate lung transplant, but news of his name being added to Israel’s transplant list raised outrage in Israel, where he is considered a dangerous enemy. Most recently, he criticized the Trump administration for not expressing sympathy over the deaths of three Arab terrorists who murdered two Israeli police officers on the Temple Mount back in July.

Erekat told PA TV: “I am proud of every moment in my sixty-two years as a soldier for Palestine. Allah honored me with that. I had the honor of working under Yasser Arafat, and also under Abu Mazen (Mahmoud Abbas’ nom de guerre). The most important thing is that we live and, God willing, we will live, and if we die, we will die as soldiers for Palestine.” 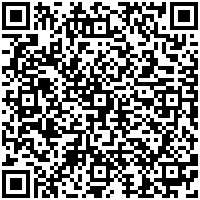