U.S. Special Representative for International Negotiations Jason Greenblatt says it is time for the Palestinian Authority to be represented by leaders who really have the interests of its citizens at heart.

In an op-ed penned by Greenblatt and published Sunday online by Haaretz, Greenblatt entitled his piece, “The Palestinians deserve so much more than Saeb Erekat.”


“It’s time to hear different Palestinian voices with the courage to seize peace,” the envoy wrote.

Greenblatt, who has been the target of Erekat’s angst and venom for well over a year, said he was writing the piece in response to the Palestine Liberation Organization (PLO) secretary-general’s outburst last month against the United States and President Donald Trump in a virulent op-ed he wrote complaining — again — about the U.S. Embassy move from Tel Aviv to Jerusalem.

“While I understand that Dr. Erekat is angry about President Trump’s decision to recognize Jerusalem as the capital of Israel, I thought it would be more helpful to discuss some of the issues demanding Palestinian leaders’ immediate attention, first and foremost of which is contributing to an atmosphere conducive to peace,” Greenblatt wrote.

“Unfortunately, Dr. Erekat’s rhetoric and his claims were in many respects simply inaccurate. We must all join together to reject such unhelpful rhetoric and false claims if we hope to achieve peace.

“For far too long, the United States has turned a deaf ear to such words, but ignoring hateful and false words has not brought peace and it will never bring peace.”

Greenblatt used the claim of “peaceful Gaza marches” as one example: by the admission of Hamas itself, he noted, more than 80 percent of those killed at the border were in fact Hamas terror operatives.

“A number of good projects are ready to be brought online that would make an immediate impact on the quality of life in Gaza, and form the foundation for building a sustainable economy for the Palestinians who live there. It is time to stop indulging in overwrought rhetoric and give the Palestinian people something beyond words. Palestinian leadership must create better lives, not sacrifice those lives for Hamas’ grim agenda of terror.

“The reality is that there is an opportunity for peace at hand, and that President Trump and his administration are working to help facilitate a peace that will open up the future of the Palestinian people, if they and their leadership have the courage to seize it.” 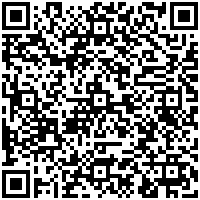