Flames broke out Sunday in a field near Kibbutz Kissufim after an incendiary terror kite from Gaza set the field ablaze, one of 11 such blazes that were touched off by the terror kites from Gaza on Sunday; Hamas arson terror was responsible for 17 such fires on Saturday as well. Firefighters were immediately called to the scene for every fire.

Last week a massive fire raged on the outskirts of the campus of Sapir College in Sderot.

Fires continue to rage in southern #Israel. This video, shot by Dean Sela, shows fires near Sapir college in the city of #Sderot pic.twitter.com/3EC4yJp0KG

The Rafael Advanced Defense Systems firm has, in the meantime, come up with what the military is hoping will finally put an end to some of the attacks — a new kite-attacking drone.

The Z’vun Ha’Eish (Firefly) drone weighs about three kilograms (about six and a half pounds) and is capable of remaining in flight for up to 15 minutes armed with a warhead of up to 350 grams before crashing and exploding into an enemy target. It can also be flown into moving airborne targets as well as into the window of an enemy building and detonated within the structure.

Separately assembled warheads can also be used as observation posts hovering for up to 30 minutes, allowing a commander to see what’s happening without sacrificing soldiers. An electric engine keeps the sound of the drone silent, enabling it to approach its target with stealth.

According to the Jewish National Fund, the amount of forest burned by Hamas arson kite and balloon attacks from Gaza has now exceeded that which was burned during the summer of 2014.

“During [Operation] Protective Edge, 3,400 dunam of forest were burned, and now with the kite terror we have surpassed this huge number,” said JNF Western Negev regional director Danny Ben David. “It’s simply a scandal. I’m already past the stage of grief; at this point, I’m just terribly angry.”

At least 1,000 acres of Jewish National Fund-owned forestland has been torched by Hamas fire kites and balloons since the arson terror attacks began two months ago. 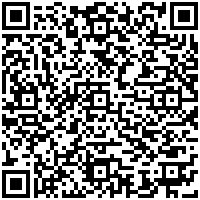