The international FIFA soccer association totally ignored a government presentation Tuesday of Hamas’ using soccer fields to camouflage underground missile launchers and instead delivered a threat that Israel faces expulsion from FIFA if it does not allow free travel to Palestinian Authority soccer players.

Hamas bragged last year about its missiles hidden underneath a Gaza soccer field during Israel’s Pillar of Defense offensive to stop missile attacks that  reached as far north as Tel Aviv and Jerusalem.


Prime Minister Binyamin Netanyahu hosted FIFA president Joseph Blatter on Tuesday after the soccer official attended the opening of the new offices of the Palestine Football Association in Ramallah.

If Netanyahu thought his visual presentation of missile launchers underneath a soccer field would convince Blatter that perhaps soccer fields are not always what they seem to be, he was sorely mistaken.

The exhibit impressed Blatter about as much as Netanyahu impressed Mahmoud Ahmadinejad with his “red line” exhibition on Iran’s nuclear program in the United Nations last year.

“This is a double war crime,” Netanyahu said. “You’re firing on civilians and you’re hiding behind civilians.”

“We ask FIFA to allow Israel to play fair and not to let the organization and football to be exploited to spread lies,” Netanyahu said.

Netanyahu reminded his visitor that the head of the PA soccer association is Jibril Rajoub, who said earlier this year that, “Gee, I sure wish the Palestinian Authority had a nuclear weapon, because if we did, I would have used it.”

Blatter did not utter a word..

When he did open his mouth, he had this to say: “I will go to defend not only the Palestine Football Association but I will defend the basic principles of FIFA, (which are) to connect people and not to separate people.”

Blatter praised soccer as a way to peace. FIFA’a values are “to recognize each other through football and to live not only in peace but in harmony,” he stated. 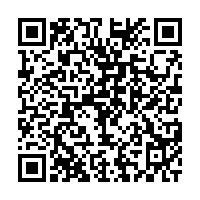