The Cabinet, at its weekly meeting, on Sunday approved the proposal of Prime Minister Benjamin Netanyahu (Likud) and Finance Minister Moshe Kahlon (kulanu) to bring to Israel approximately 1,000 members of the Falash Mura community who have children are in Israel.


In February 2003, the Israeli government applied to the Falash Mura Resolution 2958, which granted maternal descendants of Jews the right to make Aliyah to Israel under the Law of Return and to obtain citizenship should they convert to Judaism.

Earlier on Sunday, MK Bezalel Smotrich (Habayit Hayehudi) sent a letter to Prime Minister Benjamin Netanyahu and the cabinet ministers, ahead of a scheduled debate on the matter at Sunday’s cabinet meeting, demanding that the Falash Mura not be allowed to immigrate to Israel under the Law of Return.

Under Sunday’s cabinet decision, the Interior Minister will be assigned the responsibility of evaluating and approving the entry of candidates who meet the criterion of having children who entered Israel as per previous government decisions regarding the Falash Mura community.

These Christian parents would be able to bring with them their partners and their unmarried children who do not have children.

The Aliyah and Integration Ministry will provide those entering Israel with the rights due to Ethiopian Olim under Resolution 2958. The government’s Conversion Division will also provide conversion services. 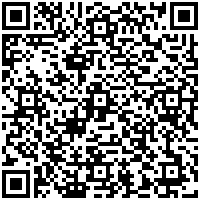