The Israel Population and Immigration Authority on Sunday announced that the year 2017 has seen no new infiltration by illegal migrant workers, while more than 4,000 illegal residents have left the country voluntarily, Israel Radio reported in a tweet.

At the beginning of next year, the PIA will inform thousands of infiltrators from Eritrea that should they not leave Israel within three months, they would be imprisoned.


Prime Minister Benjamin Netanyahu made it clear to the PIA that he expected a large number of illegal infiltrators to leave shortly.

The first infiltrators to be deported will be men who had been detained in the Holot facility in the south, which was slated for closing in three months by an act of the Knesset. The next time the detainees arrive in the PIA offices to renew their visas, they will receive a notice ordering them to leave the country.

At present, Israel is home to an estimated 40,000 infiltrators from Africa, including 27,000 from Eritrea, about 7,500 from Sudan, and 2,500 from other African countries, who live with an estimated 5,000 children born in Israel.

In the first phase of deportations in 2018, each African illegal migrant will continue to be offered a grant of $3,500 to leave. This amount will be gradually reduced over time, as the program picks up speed.

According to data the Population Authority recently submitted to the High Court of Justice, between 2014 and September, some 15,800 Africans have left Israel.

Germany: ‘We Know Nothing’ of Israel’s Deal With UNHCR to Accept African Infiltrators 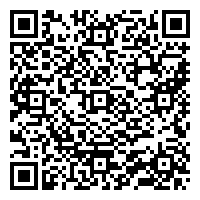