The German embassy in Israel says it has not been informed of a plan arranged between Israel and the United Nations High Commissioner for Refugees (UNHCR) to channel infiltrators from Israel to several “developed” countries.

Under the agreement, at least 16,250 of the infiltrators would be transferred to countries such as Germany, Italy and Canada. In exchange, Israel has agreed to grant visas to the remainder, who will remain as a “protected population.”


However, Germany and Italy both said they had not been briefed on the plan, even though the agreement has allegedly already been reached.

“Germany has always fulfilled all of its humanitarian obligations in recent years,” the embassy said in a statement to Haaretz, “including through the resettlement of refugees, and we will continue to do so in the future.

“But with regard to this request that we accept refugees living in Israel, particularly from African countries, as part of a UN High Commissioner for Refugees program – we know nothing of this.”

However, Prime Minister Benjamin Netanyahu said in a statement Monday, “From the moment we understood that the solution of sending [the infiltrators] to a third country was not on the table, that the situation was that everyone would remain, we found ourselves in a trap.

“This agreement will allow for the departure from Israel of 16,250 migrants to developed countries such as Canada, Germany and Italy,” he said, calling it an “unprecedented agreement.” 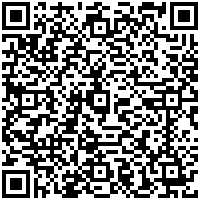