Prime Minister Benjamin Netanyahu told a meeting of the Ministerial Committee on the Advancement and Integration of Israeli Citizens of Ethiopian Origin that it’s time to bring to Israel the parents of the Falash Mura children who have already arrived, approximately 1,000 people, he said.

“This is not a simple decision due to other ramifications that we have regarding members of the Ethiopian community; however, I am determined to do this and I add that this is in wake of 1,300 Falash Mura who have already come to Israel,” Netanyahu said.

“I asked [Interior Minister] Aryeh Deri, who is unable to be present at this meeting, to submit a draft Government decision. This is in continuation of the importance with which we have been handling this precious community, which is part of our people and part of our state.”

The prime minister added that he was told about “infuriating” discrimination in Kiryat Gat, which he said would be dealt with at the meeting as well.

“Yesterday I heard an infuriating and racist remark against Ethiopian Jews in Kiryat Gat,” he said. “We are not prepared to accept this; we reject this outright.

“We are not prepared to accept racism against the Ethiopian Jewish community or against any other ingathering in Israel. We will discuss this at this meeting.” 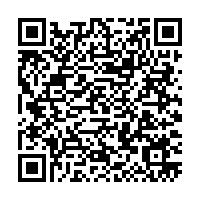