The New Zealand Jewish Council has condemned the wearing of Nazi uniforms by members of the Historical Reenactment Society of New Zealand (HRS), according to Newshub, after an altercation between Nazi reenactors and a Jewish couple on the grounds of the Glenbrook Vintage Railway last Sunday.

When the wife confronted the Nazi-clad men at the Vintage Railway park, about the idea of wearing Nazi uniforms in public, and—possibly—about doing it near a railroad station, one of those Nazi-imitating chaps told her: “It’s history – if you don’t like it [expletive] off.”

Which, one imagines, was chillingly similar to exchanges between men in the same uniforms and many Jews so many decades ago.

NZ Jewish Council President Stephen Goodman told Newshub: “Our major concern with reenactments is the glorification of the Nazis, and the implication that their actions were valid in an historical context.”

“This is not acceptable to those that suffered under the Nazis including Jews, gypsies, gays and the disabled. It also shows no respect for those New Zealanders that fought against the tyranny,” Goodman said, probably misunderstanding the entire concept of battle reenactment, which should, inevitably, include both sides.

Newshub quoted Niel Kruger from the HRS, who insists his fellow reenactors are dressed as German infantrymen and not as Nazis, but photos of the same reenactors show them wearing swastikas and the Reichsadler eagle, so, a little Nazi?

And before we leave you, one cannot end a serious report on Nazi reenactors without the immortal Monty Python Reenactment of the Battle of Pearl Harbor sketch:

Forget the Civil War, in Israel We Reenact the 1187 Battle of Karnei Hittin

Rightwing NGO Proves the Left Has No Sense of Humor, Introspection [video] 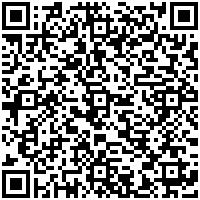