Prime Minister Benjamin Netanyahu on Wednesday met with Canadian Foreign Minister Chrystia Freeland at the Foreign Ministry in Jerusalem. The two discussed ways to deepen bilateral cooperation and issued joint statements at the start of their meeting.

Prime Minister Netanyahu said, “This is a great friendship between Israel and Canada. It’s one that is based on similar values and our commitment to democracy and freedom and liberty and the rule of law and all the good things that I think characterize our two countries, and also the personal friendship because there are about 35,000 Canadians in Israel and every year 100,000 Israelis go to Canada. We are friends. We consider you great friends.

“We appreciate your support in various international forums. In fact, you have said that you will not establish international relations with Iran, which ought to be self-evident for a country that openly calls for the destruction of the one and only Jewish state but you have acted on it and we appreciate that.

“Equally, we appreciate your commitment to take the [Syrian peace volunteers] White Helmets. I think that’s a humanitarian action of the first order. Something that we did jointly and I think it’s an example of the kind of responsible intervention that characterizes Canada and Israel.

“Equally, we have a lot of projects that we want to move forward. We just talked on the way here, we already resolved that in a very short cordial walk, we decided that we’ll speed up the ratification of our updated free-trade agreement which is something that will benefit both Israel and Canada.

“Israel is an innovation nation. Canada is one of the greatest economies in the world. It’s got innovators, it’s got markets, it’s got connections to other countries too. It’s a big country. We are eager to pursue that cooperation both on technology and in trade and equally in aerospace and cyber security and everything that is now open to us because of the marketable transformation of the global economy based on the meeting of big data, artificial intelligence and connectivity. It creates extraordinary new industries.

“Israel is there on the cutting edge. Canada is there and we can do a lot better together for both our peoples and for many peoples around the world. I’d like to talk to you also about cooperation in third countries. We’re doing this over here with a number of western countries and Africa and we can expand these programs. This is something that also has very salutary benefits for our foreign policies and for spreading good in the world..

“So for all these reasons I welcome you to Israel. There will be I’m sure many more visits. Welcome to Jerusalem.” 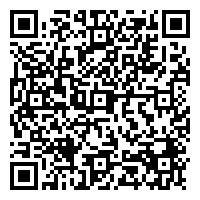