Prime Minister Netanyahu and Chinese Vice President Wang chaired the fourth meeting of the Israel-China Joint Committee on Innovation Cooperation in the framework of an intra-government (G2G) meeting in which members of the Chinese delegation – including ministers and deputy ministers from 13 ministries – also took part.

Eight joint agreements were signed in the fields of science and technology, the life sciences, innovation, digital health and agriculture, as well as the Innovation Conference 2018-2021 Action Plan.


The innovation committee meets annually alternatively in Jerusalem and Beijing. It advances cooperation between government officials from Israel and China as well as joint projects involving the private sector, joint research in science and industry. In addition, the committee grants scholarships for Israeli and Chinese students.

“China is the second largest economy in the world, growing rapidly,” Netanyahu pointed out. “Israel is among the leading innovation nations in the world. It’s a global technological power.

“The sustained growth of both our countries and both our economies requires two things, which the Vice President spoke about just an hour ago.

“I believe that we can get more from trade and from free trade because free trade between us would accelerate joint ventures, would accelerate the recognition of mutual expertise by Israeli companies and their Chinese market partners. That’s quite separate but also added to the benefits of direct joint ventures which we welcome and I think are happening anyway. I believe our cooperation has no limits. It extends to the fields of science, entrepreneurship, cultural exchanges, research and more.

Having Apologized for One Anti-Semitic Cartoon, The New York Times Publishes Another 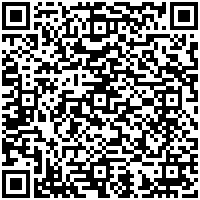