Protests are erupting across China over the regime’s strict anti-COVID controls that confine millions to their homes. The protests have reached Shanghai and other cities over reports that blame the death toll in an apartment fire in Urumqi, the capital of the Xinjiang Uyghur Autonomous Region in northwestern China on the lockdown of blocks of apartments.

Protests in Shanghai continue in the second day! pic.twitter.com/hs88XLYOC0

The Chinese government denied causing the high death toll with its restrictions, but officials in Urumqi on Friday issued an apology and promised they would “restore order” by eliminating the restrictions.

Protest organized by someone in Shanghai, chanting “Down with the party, down with Xi Jinping”

There’s a line for decency in civil disobedience, and when you cross it, you lose popular support

In China, that line is the Party pic.twitter.com/Yu73hZlBWG

In October, Xi was elected to a third term as CCP General Secretary, the only leader to attain this honor other than Mao Zedong.

Another event that appeared to raise Chinese people’s objections to the severe lockdowns is images of crowds of soccer fans in packed Qatar stadiums during the World Cup games, all of them without masks. On social media, Chinese users have been attacking their government for isolating them from the rest of the world and lying to them about the spread of the pandemic.

On Sina Weibo, a Chinese microblogging website, one user from Sichuan wrote: “Is this the same world as our world?” And another user, referring to the images of thousands of tourists roaming maskless in Qatar’s open spaces, asked: “Have they done a COVID test? Why aren’t they wearing masks?”

The BBC reported an increased Shanghai police presence around the impromptu memorial sites for the fire victims. 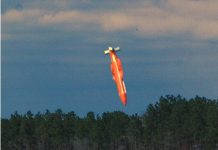 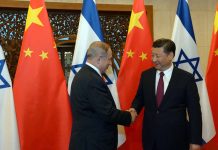