Belgium is leading a group of eight EU countries – France, Spain, Sweden, Luxembourg, Italy, Ireland and Denmark – in demanding that Israel pay them $35,000 for confiscating and demolishing illegal solar panels they had installed in Area C in complete disregard of Israel’s full control there under the Oslo accords, Le Monde reported this week.

“We still hope that our demands for restitution can be met without preconditions as soon as possible, otherwise Israel will have to provide [reparations] without delay,” representatives of the eight countries said in a letter sent to Israel’s Foreign Ministry.


“The practice of coercive measures such as the demolition and confiscation of humanitarian property, including school infrastructure, and the obstruction of humanitarian assistance are contrary to [Israel’s] international law commitments [ … and cause suffering] to ordinary Palestinians,” the signatories noted.

Denmark was the only member of the consortium that has yet to endorse this demand.

In early September, diplomats from the eight countries met with Rodica Radian-Gordon, head of the Foreign Ministry’s Europe desk, and protested Israel’s punitive treatment of Bedouins in Area C, whose illegally constructed solar panels—courtesy of the EU—had been dismantled and confiscated.

Ha’aretz on Wednesday quoted a senior Foreign Ministry official, who said Belgium’s Ambassador to Israel Olivier Belle told Radian-Gordon that should Israel fail to surrender the equipment it had seized, Belgium would formally demand compensation.

At the time, only Belle threatened a demand for compensation, but since then the other countries appear to have joined him in officially issuing the same demand to Israel.

Of course, Israel’s position is that the European activity in Area C is illegal and completely unilateral, seeking to establish a development on the ground without a semblance of coordinating with the sovereign, Israel, with the clear aim of boosting the PA’s claims on Area C.

The Europeans pin their illegal moves on their position that the Geneva Convention compels Israel care for the everyday needs of the Arab population in Area C, and since Israel has been neglecting those duties, the European countries must take up this task.

The EU claim skips several legal steps these countries should have undertaken before acting unilaterally in someone else’s territory. It is more likely, as Israeli officials believe, an attempt to show up the Civil Administration as being irrelevant. 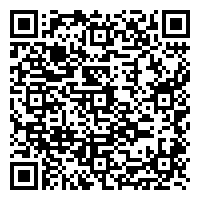