The European Commission is the executive branch of the European Union (EU), responsible for proposing legislation, implementing decisions, and managing the day-to-day business of the EU.


Analysis by NGO Monitor, which specializes in tracking anti-Israel organizations that use the cover of humanitarian activity to hurt Israel, found that the funding included three grants totaling €5.8 million involving NGOs tied to the Popular Front for the Liberation of Palestine (PFLP), an EU-designated terrorist group.

For example, one 2019 grantee, Red Crescent Society for the Gaza Strip (RCS4GS) regularly hosts PFLP-organized events that are attended by PFLP armed activists.

An additional seven grants totaling €5.6 million were approved for NGOs that promote anti-Semitic conspiracy theories and glorify acts of terrorism against Israelis.

For example, Land Research Center (LRC) and Applied Research Institute Jerusalem (ARIJ) are partners of the €700,000 grant “assessing the impediments before the two-state solution.”

LRC publishes hateful conspiracy theories in its materials. In 2016, LRC published a statement headlined “Balfour Declaration …. and the ongoing conspiracy,” which declares that the declaration “placed a toxic dagger in Palestine that aims at restricting the advancement of the Arab Nation and disconnecting its east from its west.”

For example, in 2019, the Association for Civil Rights in Israel (ACRI), Human Rights Defenders Fund (HRDF), and Movement for Freedom of Information were partners of the EU-funded grant “Democratizing Israeli democracy: accountable, transparent, inclusive and participatory governance, and respect for human rights in Israel.”

NGO Monitor Vice President Olga Deutsch noted that the organization’s report “highlights core problems with how the EU selects NGO partners, as well as how those NGOs then select their projects.”

She underscored that some of the NGOs are tied to internationally proscribed terror groups, as in the case of senior NGO staff accused of planning and executing the August 2020 murder of 17-year-old Rina Shnerb.

Deutsch added that “some of these NGOs promote anti-Semitism, the teaching of radicalism and anti-normalization in schools, and anti-peace narratives and conspiracy theories.”

According to the report, most of the grants authorized in 2019 will run for 36 months, and are therefore ongoing as of October 2020.

TPS exposed in July that an intricate network of cultural and civilian institutions that is run by PFLP activists, several of them who have served prison terms for acts of terrorism, are directly funded by European countries.

Five arts centers in Jerusalem have come together and formed a network called Shafaq (Arabic acronym for the Jerusalem Network of Arts, which also means twilight in Arabic).

These cultural centers are five of the most prominent in Jerusalem, including the Al-Ma’mal Foundation for Contemporary Art, the Edward Said National Conservatory of Music, Palestinian Art Court-Al Hoash, Palestinian National Theatre, and Yabous Cultural Center.

According to the EU declaration from 2018, more than 15 million euros are invested every year in the various projects in eastern Jerusalem, including the Shafaq.

Documents indicate that in 2017, Sweden alone, through the SIDA fund, supports the activities of Shafaq and its subsidiaries in the amount of 30 million kronor, out of 42 million kronor that Sweden distributed to institutions in the eastern part of the city.

A document from 2018 states that as part of the “Support Project for Cultural Institutions in East Jerusalem”, on behalf of Sweden, Shafaq institutions received a total of $ 3.7 million.

TPS’ investigation “illustrates that the phenomenon also exists in the fields of culture, art and education, as in the field of human rights and humanitarian aid,” NGO Monitor said. 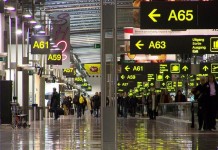 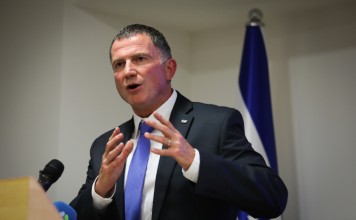