Three militiamen linked to the Lebanese Hezbollah terror organization were killed on Tuesday night during an attack attributed to Israel on a school compound in the Quneitra area, near Israel’s border with Syria, the Syrian Observatory for Human Rights (SOHR) reported.

One Syrian was killed. The nationalities of the others are not known, and they may be foreigners, members of Shi’ite militias deployed in Syria and backed by Iran.


A rocket, allegedly launched by Israel, targeted a school hosting groups loyal to the Hezbollah and Iranian forces in Al-Huriyyah village.

Hezbollah and Iranian-backed militias are known to be active in the Quneitra area, which has experienced repeated attacks, in the past few years, reportedly from Israel.

The IDF in March 2019 announced that it had exposed a clandestine Hezbollah unit that was operating in southern Syria in the area near the border with Israel, where the attacks occurred.

In general, Iran’s military build-up in Syria remains a red line for Israel. The Israeli Air Force has carried out thousands of attacks to thwart the Iranian entrenchment in the war-torn country. 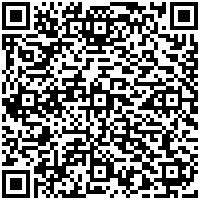