Israel “regrets” that the European Union (EU) Foreign Affairs Council’s conclusions on Lebanon “failed to mention” the Hezbollah terrorist organization, which “serves the interests of the Ayatollahs in Iran at the expense of the people of Lebanon.”

The EU’s Foreign Affairs Council on Monday approved conclusions on Lebanon, in which it “notes with increasing concern the grave financial, economic, social and political crisis that has taken root in the country and has been exacerbated by the COVID-19 pandemic and the 4 August explosion at Beirut port.”

The conclusions, adopted after a debate during a Council, “reiterate the EU’s strong support to the people of Lebanon at this crucial juncture.”

The conclusions “call on all Lebanese stakeholders and political forces to support the urgent formation of a mission-driven, credible and accountable government in Lebanon, able to implement the necessary reforms.”

In Israel’s response to the conclusions, Foreign Ministry Spokesperson Lior Haiat noted that in the past year, seven EU member states have “expanded their stance regarding Hezbollah, and declared it as a terrorist organization in its entirety, that threatens the peace of the region and the world.”

Slovenia, the Netherlands, Germany, Lithuania, Estonia, and Latvia recognized the Iranian-sponsored Hezbollah as a terrorist organization.

Austria, the Czech Republic and Switzerland have commenced in similar processes.

“The terrorist organization Hezbollah is the main threat to Lebanon, the well-being of its residents and the possibility of escaping the deep social, political and economic crisis in which Lebanon finds itself,” Haiat underscored.

Hezbollah “serves the interests of the Ayatollahs’ government in Iran at the expense of the people of Lebanon and their interests.”

The conclusions stress that the EU will continue to provide support for “a people-centered recovery in Lebanon.”

To that end, the EU has launched, together with the United Nations and the World Bank, a “Reform, Recovery and Reconstruction Framework” to “build back a better Lebanon” guided by the “principles of transparency, inclusion and accountability.”

Israel stated it supports finding a political solution and providing international humanitarian aid to Lebanon, but such assistance “must include elements that ensure that the aid reaches the suffering Lebanese residents and doesn’t find its way to Hezbollah, who will only use it to further entrench themselves, produce a precision missile arsenal and perpetuate internal and regional instability.”

Hezbollah’s political arm in Lebanon has a substantial presence in the Lebanese government and parliament while its military wing essentially controls the south of the country, bordering with Israel. 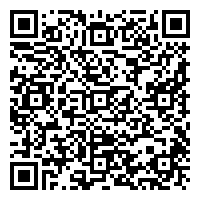