European Jewish Association Chairman Rabbi Menachem Margolin warned that soon “there will be no kosher meat available in Europe,” following the EU Court of Justice’s Thursday decision that approved a ban on Kosher slaughtering.

Animal rights activists had pushed for the ban which prevents kosher and halal ritual slaughter since both require the animal to be conscious when its throat is slit.

The court ruled that the measures contained in a decree issued by the Flemish Region of Belgium on July 7, 2017, allowed a fair balance to be struck between the importance attached to animal welfare and the freedom of Jewish and Muslim believers to manifest their religion.

The decree prohibited the killing of animals without prior, non-lethal (also called reversible) stunning. Obviously, the stunning would make the animal traif in terms of Jewish halacha – traif meaning a living creature that sustained an injury from which it would die within a year.

Jewish and Muslim associations challenged the Flemish law, and an advocate general in the EU court said earlier this year that the ban should be overturned because EU law allows an exemption to animal welfare concerns for religious reasons. Both the Council of the European Union and the European Commission stated that less restrictive measures were available to ensure animal welfare without disproportionately encroaching on religious freedom.

But the EU Court of Justice said on Thursday that the animal slaughter decree “does not preclude member states from imposing an obligation to stun animals before killing which also applies in the case of slaughter prescribed by religious rites,” if this does not contradict the EU’s charter of fundamental human rights.

Rabbi Margolin said it was a “sad day for European Jewry,” and stressed that the ruling completely ignored “the fact that kosher slaughter puts the welfare of the animal and minimizing its suffering as of paramount importance.” He added: “What today’s ruling does is put animal welfare above the fundamental right of Freedom of Religion. Simply put, beast takes preference over man.”

He added that his organization would explore “every avenue and recourse available” to protect Jewish rights in Europe, and warned that soon “there will be no kosher meat available in Europe”.

The Jewish Chronicle quoted Bini Guttmann, president of the European Union of Jewish Students, who suggested the ruling would “make Jewish life in Europe as we know it impossible.”

Guttmann said: “Kosher slaughter is a key component of Judaism, making it possible to prohibit the practice is a clear signal that the fundamental rights of Jews can be curtailed in the EU.”

European Jewish Congress President Moshe Kantor called the decision “a heavy blow to Jewish life in Europe.” He issued a statement saying “the right to practice our faith and customs [was] severely undermined by this decision.”

President of the Belgian Federation of Jewish Organizations Yohan Benizri said his group would “pursue every legal recourse to right this wrong.”

“We are shocked by the EU Court of Justice decision, which is nothing less than a frontal assault on the basic rights and religious freedoms of Jews and Muslims in Europe,” said Daniel Schwammenthal, Director of the AJC Transatlantic Institute. “Within living memory of the Holocaust, a European court not only bans a core Jewish ritual but potentially Jewish life altogether in Europe. Only in September did the EU Advocate General argue that attempts to restrict kosher slaughter violate EU law guaranteeing freedom of religion. It is only in rare cases that the court would ignore the Advocate General’s decision. What a disgrace that the judges in Luxembourg chose to do so in order to strangle Jewish life in Europe.”

“This is a dark day for the Jewish communities in Belgium and across Europe, which have already been living over the past years in a constant state of emergency due to the rise in antisemitism and murderous terror attacks,” Schwammenthal added. “But this is also a dark day for all of Europe when fundamental religious rights are no longer respected.” 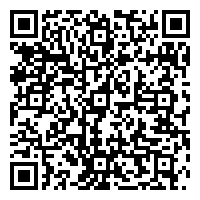