The Jewish Community of Umea is calling on the Swedish government to raise security after a series of threats aimed at prominent community leaders.

The New York-based Anti-Defamation League (ADL) expressed deep concern after the Umea Jewish community center closed in response to a series of troubling anti-Semitic incidents and threats to members of the community.


According to reports, the community center was vandalized with swastikas and the message, “We know where you live,” causing members of the city’s Jewish community to fear for their safety.

“This incident should be a catalyst to ensure that every Jewish community in Sweden both is secure and has a sense of security to live openly and freely as Jews,” said Jonathan A. Greenblatt, ADL CEO.

In a letter to Prime Minister Stefan Löfven, the ADL raised concerns that many Jewish institutions across Sweden have insufficient security measures. The organization urged the government to do more to ensure that these institutions are adequately protected nationwide.

“While Umea’s Jewish community may be small in number, we respectfully urge you to consider the magnitude of this event,” Greenblatt wrote. “A Jewish community center closed due to anti-Semitic threats, fear in the community, and lack of confidence that the authorities will protect them.

“Such a situation cannot be acceptable in Sweden today. This local crime and its consequence should be a national issue, as it speaks to the heart of Sweden’s democratic values.” 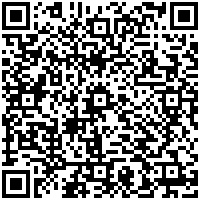