The French government has seized assets belonging to a unit within the Iranian ministry of security and intelligence and two Iranian nationals, Assadollah Asadi, 47, an Iranian diplomat, and Saeid Hashemi Moghadam.

The move follows the discovery of a plot in June to bomb a rally of the People’s Mujahedeen of Iran (National Council of Resistance of Iran, or MEK), allegedly by Israel’s Mossad intelligence agency together with its counterparts in Belgium, France and Germany.

“An attempted attack in [the Paris suburb of] Villepinte was foiled on June 30. An incident of such gravity on our national territory could not go unpunished,” a joint statement by the French Foreign, Interior and Economy Ministries said. “In taking this decision, France underlines its determination to fight against terrorism in all its forms, particularly on its own territory.”

The plot was discovered after the arrest of an Iranian diplomat in Germany suspected of involvement in the plot. The diplomat is accredited in Austria, according to Reuters, which reported that two other suspects were arrested on June 30 in Belgium in connection with the same plot. Both were found with explosives.

The rally of the exiled Iranian opposition activists in Paris was also attended by several former European and Arab ministers, as well as U.S. attorney for President Donald Trump, Rudy Giuliani, according to Reuters.

Pope Pius And The Jews 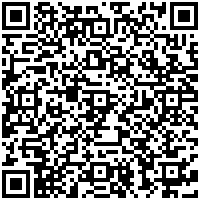