A German district court ruled on Tuesday that a grotesque, anti-Semitic, 13th century relief known as “Judensau” may remain on the wall of the Stadtkirche (town church) in the eastern German city of Wittenberg, where Martin Luther once preached.

The relief shows Jews suckling on a sow’s teats while a rabbi lifts her tail. “Judensau” means “sow of the Jews” and was common in medieval churches in Germany and other European countries. An estimated 30 Judensau artworks dehumanizing Jews have survived in European churches, most of them in Germany.


A German Jewish man named Michael Düllmann last year filed a legal complaint and demanded the offensive relief in Wittenberg be removed from the public domain. Düllmann argued that displaying the relief used to be part of the church’s agenda of abusing and insulting Jews. A regional court rejected his complaint on May 24, ruling that merely not removing the relief could not be considered an act of abuse on the part of the church.

Düllmann appealed, and the county court in Naumburg this week rejected his appeal, arguing that the relief is part of an ancient building and both church and dehumanizing relief work belong to a UNESCO World Heritage Site, and thus cannot be disturbed.

By the way, the reason the Wittenberg church was granted its World Heritage status was that Martin Luther conducted there the first-ever celebration of mass in German instead of Latin. The pig and Jews thing was an added bonus.

Luther mentions the Judensau in Wittenberg specifically in his 1543 book Vom Schem Hamphoras, a deeply anti-Semitic tome equating Jews with the devil. A post-Reformation script describing the relief references Luther’s suggestion that the Rabbi holding up the sow’s tail is studying the Talmud.

Luther’s book was used by the Nazi party to promote anti-Semitism. So, altogether a worthwhile UNESCO World Heritage Site. Bring the whole family.

Irmgard Schwaetzer, president of the synod of the Evangelical Church in Germany, issued a statement last May, saying: “The proposal to take down the medieval sculpture and integrate it into a new monument seems convincing to me. It expresses pure hatred of Jews. A center of education that finds acceptance beyond the parish should be established here. This also means considering the feelings that this place awakens in our Jewish brothers and sisters.”

Incidentally, in 1988, on the 50th anniversary of Kristallnacht, a memorial to the 6 million Jews murdered in the Holocaust was added to the Wittenberg church in response to outrage about the offensive relief. So now we’re even. 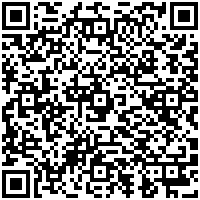