An Administrative Court in the city of Mainz in the state of Rhineland-Palatinate in southwestern Germany has upheld the decision to withdraw the license of the Al Nur kindergarten due to allegations that it was promoting Salafism.

The Salafi movement is a revivalist movement within Sunni Islam that developed in Egypt in the late 19th century as a response to Western European imperialism, with roots in the 18th-century Wahhabi movement that originated in Saudi Arabia. It advocates a return to the traditions of the salaf, the first three generations of Muslims, which include the generations of the Islamic Prophet Muhammad and his companions.


The ruling comes at the same time Germany’s Interior Minister Horst Seehofer has suggested the idea of spying on children from families with radical links.

The Administrative Court in Mainz ruled that the Al Nur Kindergarten promoted extremist Salafist ideology and must therefore be closed by April 30 this year.

Last February, the state of Rhineland-Palatinate decided to suspend the kindergarten’s license, pointing to close links between the facility’s management and extremist preachers.

The court in Mainz said these links were preventing the children attending Al Nur from integrating into German society. The court also suggested that efforts by the kindergarten to distance itself from Salafist philosophy were “not convincing.” 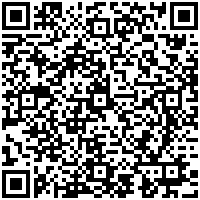