Israeli Arab students on Tuesday held a moment of silence at the Tel-Aviv University for the “martyrs” in Gaza following the recent escalation that saw terrorist rocket attacks on Israeli civilian targets and Israeli counter-strikes against terror targets in Gaza.

The students gathered in the university’s Entin Square, waving the Palestine Liberation Organization (PLO) flag and holding signs reading “one nation, one will, one struggle” and “freedom for the prisoners,” relating to the incarcerated terrorists in Israeli jails.

Matan Peleg, CEO of the Zionist organization Im Tirtzu, slammed the moment of silence as “disgraceful.”

“It is disgraceful that Tel-Aviv University allows its students to hold demonstrations in solidarity with terrorists who seek to destroy the State of Israel,” Peleg charged.

“In the name of so-called freedom of expression the university is essentially giving a green light to minority students to incite against the State of Israel, while the first ones harmed by this incitement are the minorities seeking to integrate into Israeli society,” he added.

“These demonstrations cause more hatred and polarization, and the university cannot bury its head in the sand and allow them to continue unhindered.” 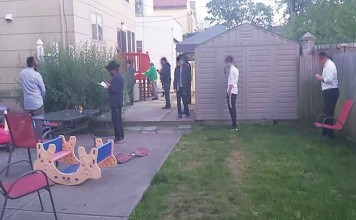