The admissibility of a probe by the International Criminal Court (ICC) against Israel is “doubtful,” and the ICC should refrain from being politicized, the German Foreign Ministry stated, joining other countries which have voiced opposition to the ICC’s move against Israel.

Responding to a question regarding ICC Prosecutor Fatou Bensouda’s announcement that after the conclusion of a preliminary examination “all the statutory criteria under the Rome Statute for the opening of an investigation have been met” to launch an investigation against Israel, German Foreign Ministry Spokesperson Maria Adebahr stated that Germany is “confident that the court will resolve the issues raised. This will also address issues of admissibility that may be doubtful.”


While Germany “cannot comment on specific details of ongoing proceedings,” she said that Germany “trusts that all arguments will belong fairly in the further proceedings. We are, of course, also committed to making the court strict on the basis of the Rome Statute.”

She added that Germany “naturally resist[s] the fact that cases of any kind are used to politicize before the court. We are betting that admissibility will be checked and that the court will do it on the basis of the Rome Statute.”

Israel argued that the ICC “manifestly lacks jurisdiction” because only sovereign states can delegate criminal jurisdiction to the ICC, and the Palestinian Authority (PA) “clearly does not meet the criteria for statehood under international law and the Court’s founding Statute.”

Furthermore, the claim that the PA has joined the Rome Statute, the treaty that established the ICC, “does not meet, nor can it replace, the substantive test requiring criminal jurisdiction to have been delegated to the Court by a sovereign state with a defined territory.”

Israel’s Foreign Ministry welcomed the German statement as “an important message” that addresses “the danger of politicizing the Court” and “the need to strictly adhere to the Rome Statute and the doubtful question of admissibility.”

Foreign Ministry spokesmen Lior Haiat added that Israel “remains convinced that the only way to address the issue is not through the Court but rather through negotiations with the Palestinians.”

Israel has said that while it seeks to end the conflict through direct negotiations, “the Palestinians keep avoiding negotiations and consistently and systematically violate their commitments, including by this appeal to the Court.”

Germany’s statement is the latest voice of dissent against the ICC’s announcement.

US Secretary of State Mike Pompeo stated that the US “firmly opposes this unjustified inquiry that unfairly targets Israel. The path to lasting peace is through direct negotiations.”

An Australian Department of Foreign Affairs spokesperson told J-Wire that the country “is concerned” by the ICC’s move.

“Australia’s position is clear – we do not recognise a so-called ‘State of Palestine’ and we do not recognize that there is such a State Party to the ICC’s Rome Statute,” the spokesperson said.

Australia considers that “the question of territory and borders can be resolved only through direct negotiations between Israel and the Palestinians. This is the only way to ensure a durable and resilient peace,” the statement said.

Israel’s Minister of Foreign Affairs Yisrael Katz on Tuesday thanked the Australian government “for taking the unequivocal and principled stance against the ICC prosecutor’s decision.”

He urged other countries “to take a similar stance and not allow the court to turn into a political weapon against Israel.” 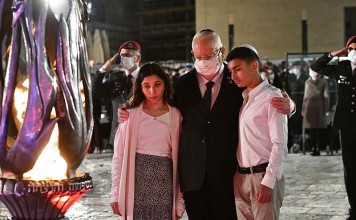 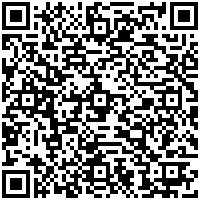