The German newspaper Die Welt, Argentine-Israeli conductor Daniel Barenboim who is the General Music Director of the Berlin State Opera, has insulted and physically challenged numerous employees over the years. Now there appear to be some cracks in the wall of silence around his despicable behavior.

The Berlin opera and its resident orchestra insist that their “confidence remains untouched” in their chief conductor, despite criticism of his “aggressive” leadership style. Late on Friday, the opera board issued a statement saying the two sides were looking forward to “more years of successful cooperation,” despite what appears to be the kind of scandal that refuses to go away.

In May 2004, Barenboim was awarded the Wolf Prize at a ceremony at the Israeli Knesset, but the prize was held up until he agreed to apologize for performing the Nazis’ favorite composer Richard Wagner. The conductor responded, “I don’t see what I need to apologize about. If I ever hurt a person privately or in public, I am sorry, because I have no intention of hurting people,” so he was given the prize. But the ceremony was boycotted by then Knesset Speaker Reuven Rivlin. Barenboim used the occasion to attack the Israeli “occupation” of the 1967 liberated territories.

On Thursday, Willi Hilgers, who used to be the Opera’s solo timpanist and has sinc moved to the Bavarian State Opera, complained that working for Barenboim had caused him depression and high blood pressure.

“I have had to go through the worst for many years, and health effects such as depression and hypertension were the consequences,” he told Die Welt. “Too bad that many who have also been injured, both within the orchestra and outside, do not speak out now for fear of being thrown out.”

Hilgers, who worked under Barenboim from 1998 to 2013. Said he was abused and humiliated starting shortly after he started. Barenboim had ruled the Berlin Opera since 1992. Hilgers said a doctor friend suggested for years that he seek treatment, and reported taking psychotropic drugs because of his boss’s abuse. In fact, Barenboim continued his abuse even after Hilgers had already quit.

“Over the last two years, I had to take anti-depressants to be able to play again,” Hilgers revealed.

The conductor said Hilgers suffered from “rhythmic weaknesses,” and that it was his job as conductor to point out those shortcomings.

Barenboim believes the reason for the current revelations about him are “linked to a campaign to prevent me from staying on in Berlin.”

He is in negotiations to extend his contract. The Berlin opera director Matthias Schulz promised to hold open discussions with the musicians and the staff to hear their complaints. “I have stressed that if there are any serious problems, these can and must be discussed and settled,” Schulz said.

In January 2009, Barenboim cancelled two concerts of the West–Eastern Divan Orchestra in Qatar and Cairo “due to the escalating violence in Gaza and the resulting concerns for the musicians’ safety.”

In May 2011, Barenboim conducted the “Orchestra for Gaza” in Gaza City. His orchestra flew from Berlin to Vienna and from there to El Arish on a plane chartered by Barenboim, entering the Gaza Strip at the Egyptian Rafah Border Crossing. The orchestra played in front of schoolchildren Mozart’s Eine kleine Nachtmusik and Symphony No. 40. In his speech, Barenboim said: “Everyone has to understand that the Palestinian cause is a just cause therefore it can be only given justice if it is achieved without violence. Violence can only weaken the righteousness of the Palestinian cause.”

In August 2015, Barenboim announced his plans to take the Berlin State Opera with him to Tehran in celebration of the nuclear deal with the Islamic Republic. Iran said Thanks but no thanks in response, because, as a spokesman for the Iranian Ministry of Culture put it, “Iran does not recognizes the Zionist regime and will not cooperate with artists of this regime.”

And all this time, the great man of peace was abusing and humiliating his players and staff. Who would have thunk. 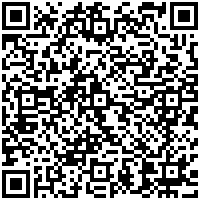