President Reuven Rivlin, for Israel’s Holocaust Martyrs’ and Heroes’ Remembrance Day on Thursday, traveled to Poland to lead the 30th annual March of the Living from the gates of Auschwitz to Auschwitz-Birkenau. This year it was entitled “From Holocaust to Revival”.


Before the March, the President toured the museum established at the Auschwitz Extermination Camp, during which he visited the Hall of Names. There he asked to locate the names of members of the Rivlin family, as well as the names of German Jewish artist Charlotte Salomon who was murdered in the camp in 1943, Polish Jewish author and teacher, and Itzhak Katzenelson who was murdered in 1944.

On the March’s arrival to Auschwitz-Birkenau, the President addressed the official memorial ceremony which included songs of remembrance by Shlomo Artzi whose mother Margalit survived Auschwitz and passed away just this year. There were also tributes to Survivors of the Holocaust and to Righteous Among the Nations who helped save Jews, as well as the lighting of the Torch of Remembrance by President Rivlin, accompanied by the heads of the Israeli security forces.

In his address, President Rivlin began, “Sh’ma Yisrael ̶ Hear O Israel, the Lord is our God, the Lord is One.”
“Sh’ma Yisrael ̶ Hear O Israel, the Lord is our God, the Lord is One.” So our brothers and sisters cried out, here, in this very place. I can close my eyes and still hear the weeping of the mothers as their children were ripped from their arms. I see the horror of the fathers as their loved ones were burned before their eyes. The accursed ‘selection’ process; for life, or for death. The barking of the dogs. The blood-curdling orders of the guards: “Schnell, Schnell”, quickly, quickly. They killed the Jews Quickly, quickly. “A person was taken off the train in the morning,” wrote Raoul Hilberg, “and in the evening his body was cremated and his clothes packaged up, ready to be sent to Germany.” From the time this railway line by which we now stand, was laid down, from the spring of 1944, the Auschwitz train station became the busiest train station in all of Europe. The extermination process became ever shorter, from one whole day to four hours. Four hours, and whole lives went up in smoke. Loves, fears, beliefs, hopes, pain, memory: For Nazi Germany, they were merely numbers, without any identity or name. Germanic efficiency was exploited to the full. In Auschwitz alone, some one million, one hundred thousand human beings were tortured, slaughtered, murdered, cremated, and erased from the face of the earth. One million of them were Jews.”

The President turned to President Duda of Poland who had accompanied him on the March, and said, “Your Excellency, President of Poland, The Polish nation barely survived the Second World War. In September 1939, Poland had become the greatest field of death, murder and destruction in Europe. It was an area under Nazi occupation, and the Poles were an oppressed people, living in fear. There was also a Polish underground resistance and a Polish Government in exile. The people of Poland produced thousands of “Righteous among the Nations”. Men and women who put their own lives and the lives of their dear ones at risk for the sake of others. And they too are remembered, and we will remember and honour each of those men and women forever. Nevertheless, it is impossible to deny the truth. The Nazi death machine would not have been able to achieve its terrible vision, if it had not received help; if it had not found a fertile ground of hatred for Jews, in which to take root. True, it was Germany that established the Camps, but our People were not murdered only in the camps. The members of our nation were betrayed by the people amongst whom they lived, in France, in Holland, and in Belgium. They were murdered by Ukrainians, Lithuanians and yes ̶ also by Poles. Too many citizens, in Eastern Europe and in Western Europe, stole Jewish property, took control of Jewish homes, handed over their Jewish neighbors, murdered them, and turned their backs on those who, just a moment before, had been a part of them. And when the survivors of the Holocaust returned after the war, they were sometimes met with hostility, violence, pogroms and murder.”

The President stressed, “Polish people were killed and murdered in the cruel War, we, the Jews, were slaughtered in the Holocaust. A Holocaust that included not only concentration camps, but also killing pits, ghettoes, forced labor, and pogroms. A Holocaust that included the slaughter and murder and death through torture, of one and a half million babies and children, whose only sin was that they were born Jewish. It is the right of every nation – to rewrite sections of its own narrative. It is permitted for every nation, it is fitting that every nation – should rebuild itself from its ruins. I do not want to interfere in Polish history. Poland knows how to do its own soul searching. However, if the Polish People feels that its image has been distorted by the events of the Holocaust, it is more important that we cooperate, that we invest in education, that together we establish research institutes, that together we work on commemoration and remembrance, that together, we, Poles and Jews, study what happened, that we make sure that it will never happen again.”

He continued, “Hans Frank, the German Governor of the Generalgouvernement, said at the Nirenberg Trials: “A thousand years may pass, but still Germany’s guilt will not have been erased.” A thousand years. Germany did not purchase the forgiveness of the Jews, just as no nation can legislate their forgetting. For no legislation can cover over the blood. No self-interest can cover over anti-Semitism, racism, hatred of the other. Not in Austria, not in France, not in Holland not in Belgium, and above all, not in Germany. But those who are willing to bravely look straight into their past, those who are willing to bravely deal with the anti-Semitism and the racism that continue to raise their heads even today will find in us allies, determined, true partners to pave the way that leads from remembrance to the future.

“We shall always remember, from generation to generation, the amazing goodness of the thousands of men and women who risked their own lives in order to save others. We shall always remember the horrifying, human evil of the Nazis, and their collaborators from all nations. We shall always remember the members of our nation, each man, each woman, by their names, in their lives and not only in their deaths. We shall remember their narratives, their customs, their everyday lives. What they liked to read, what they studied, what they dreamed of becoming and of doing. Six million Jews were murdered in the Holocaust, but for us, they will never be a number. Year by year, we discover more details about them, and our one and only aim is to know ̶ not only that “To every person there is a name”, but what was their name? Who were they? How did they live? and how did they die? It will take time ̶ but we will know. We shall continue to plumb the depths of remembrance, in Germany, in Austria, in Ukraine, in Poland, in Hungary, in Greece, in each and every place. The archives, the testimonies, and the silences, every one of them will eventually be revealed. There are here with us today, survivors, whose bodies and souls testify to those horrors to this day. They will hand on to us the torch of memory, and we shall carry it from generation to generation.”

The President concluded, “I stand here today as President of the State of Israel, the State of the Jewish People, on Holocaust Martyrs’ and Heroes’ Remembrance Day. Seventy-five years since the Warsaw Ghetto Uprising; Seventy years since the establishment of the State of Israel; the Thirtieth anniversary of the March of the Living. Thirty years ago the first March of the Living took place, and every year since then, in close cooperation with the Polish Government and the Auschwitz-Birkenau Memorial and Museum, more than a quarter of a million young Jews and non-Jews have marched here. And today, we marched with them. Survivors of the Holocaust, people who escaped the Holocaust, living witnesses, all marched before us. And with them marched leaders of Israel’s security forces, commanders of the IDF, of the Israel Security Agency, of the Mossad, the Israel Police, with young people from all over the world. We did not march from Auschwitz to Birkenau. We did not march from Auschwitz 1 to Auschwitz 2. We marched from death to life. We marched from the Holocaust to the Revival. We marched from Auschwitz to Jerusalem. Each footstep in this march was a step in the history of the Jewish People. An ancient and surviving nation, that has been blessed with enormous powers of creativity; of both spiritual and practical strengths. A nation that was privileged to return to its homeland, after two thousand years of exile, and to rebuild there its national home as a free people among the family of nations. The nation that was born through God’s command to Abraham to “Go forth,” and continues to go forward, to walk in the March of the Living. Continues to affirm, “Here I am”, here, I am still alive. Am Yisrael Chai! ̶ The People of Israel lives!” 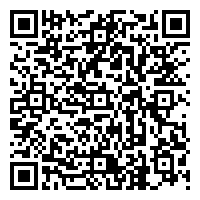