Michele (Micky) Sciama, who served from 1993 to 2007 as Secretary General of the Jewish community of Milan, passed away on Monday at the age of 79 from the coronavirus.

“I have worked with Micky for several years, he was a wonderful person with whom I built a special friendship. For my part and for the whole community, I want to express our condolences and affection to his family,” wrote Milo Hasbani, President of the Jewish Community of Milan in the Jewish-Italian news site Moked.


The director of the Fondazione Centro Di Documentazione Ebraica Contemporanea (CDEC), Gadi Luzzatto Voghera, remembered Sciama as being driven by “an overwhelming force, a fire that animated him and that forced those around him to share his planning. Micky was one of the main animators of the Edoth (community) project, which is responsible for collecting the testimonies of Jews forced after the Second World War to abandon the communities of the Mediterranean, from Syria to Lebanon, from Libya to Iran and especially Egypt.”

Voghera wrote that Sciama was “in love with his beautiful family, his wife Viviane and his daughters Dalia and Stefania. He was the main advocate for the Jewish School Foundation in Milan in recent years and made a fundamental contribution to finding resources and organizing the budgets of the CDEC Foundation.

“His dream, recently, was to organize a great event, a concert to be offered to the city of Milan to finance the CDEC. We met him on this just a few days ago. We will perform the concert in his memory, to remember that the virus not only produces statistics, but deprives us of people, friends, brothers. We will miss Micky Sciama, Baruch Dayan HaEmet.” 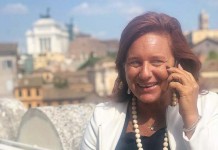 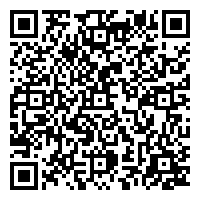