President Rivlin on Tuesday hosted at his residence the Israeli under-20 basketball team to celebrate their victory in the FIBA U20 European Championship for the second time running.

“You have made us so proud, what a wonderful team you are,” the president said to the young players who showed up with both trophies, and with coach Ariel Beit-Halahmi and the coaching staff. They were joined by the Israel Basketball Association’s professional manager Pini Gershon and its chairman Amiram Halevy.


“In all the great teams I have seen, the big stars could not have succeeded without teamwork,” Rivlin said, speaking to coach Beit-Halahmi. “If the system does not work together, it cannot truly succeed. Your ability to create an unprecedented level of teamwork was so impressive. We saw attack and defense that cover each other, not letting the other side breathe.”

“I take my hat off to you all, not only on behalf of the State of Israel, but also as a person who has been a sports fan for 70 years, from the age of 10. You are the embodiment of working together as a team,” the president said.

Deni Avdija, the tournament’s MVP, said, “Building up to this competition, this group has become a family, a single unit. We back each other all the time, and even when some of us have had better days or worse days, everyone helps and supports each other.” 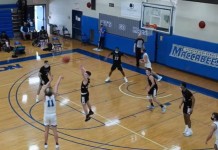 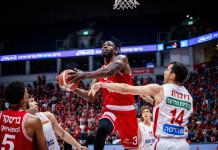