The prime minister also spoke with Ukraine’s President Volodymyr Zelensky following his meeting with Putin, Israeli officials confirmed to JewishPress.com. The content of their conversation was not released.


Bennett flew to Moscow on the Sabbath for urgent talks about the war in Ukraine, according to the prime minister’s office.

Although both he and Housing and Construction Minister Ze’ev Elkin — who went along to assist with translation — are observant Jews, and travel is forbidden on the Sabbath according to Torah law, the Torah permits such a violation in cases where the saving of life is involved.

The delegation made the trip in a private plane usually used by Israel’s international intelligence agency, the Mossad.

Both the United States and Ukraine were notified ahead of Bennet’s trip.

Bennett has repeatedly offered to mediate between Russia and Ukraine, including during his meeting with Putin in Sochi last October, but Putin has rejected the offers.

Despite his rejection of mediation, Russia’s president said he would maintain contact with Israel over the situation.

The prime minister’s office has refused to comment on the meeting, saying the issue is “particularly sensitive.”

A substantial percentage of the Israeli population is comprised of Russian and Ukrainian Jewish immigrants.

Russian forces are also stationed in Syria across Israel’s northern border, and Russia has provided the regime of President Bashar al-Assad with defensive weapons, including the S-300 anti-missile defense system. 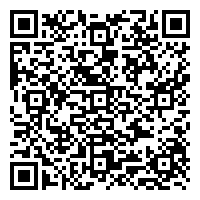