About 300 fighters of the Special Purpose Mobile Unit (OMON) from Chechnya have been deployed to the special military operations zone, Chechen leader Ramzan Kadyrov posted on Telegram on Saturday.

OMON is a combat unit for the protection and restoration of state order and public peace, serves as a reserve for the formation of militia in areas liberated from Soviet power to train experienced police officers.

The video could pass for a Hamas clip, if not for the snow.

“Today, to help their brothers on the frontline, about 300 OMON Akhmat-1 fighters of the National Guard directorate for the Chechen Republic have been deployed from Grozny International Airport named after Hero of Russia, Akhmad-Khadzhi Kadyrov,” Ramzan Kadyrov declared.

Akhmad-Khadzhi Abdulkhamidovich Kadyrov (1951 – 2004) served as the Chief Mufti of the Chechen Republic of Ichkeria in the 1990s during and after the First Chechen War. At the outbreak of the Second Chechen War, he switched sides and offered his service to the Russian government. He later became the President of the Chechen Republic in October 2003, and was assassinated by Chechen Islamists in Grozny,
in March 2007.

Ramzan Kadyrov currently serves as the Head of the Chechen Republic. Kadyrov has encouraged extrajudicial killings of homosexual men by family members as an alternative to law enforcement and released gay men from prison to enable their murder by their relatives.

Kadyrov has been personally implicated in several instances of torture and murder. Several Chechens opposed to Kadyrov were assassinated abroad, and several witnesses report that he had a 300-name Murder List. Among the Chechens who have been murdered by Kadyrov’s henchmen were Movladi Baisarov and Ruslan Yamadayev (in Moscow); Sulim Yamadayev (Dubai); Gazhi Edilsutanov, Islam Dzahnibekov, Ali Osaev (Istanbul); and Umar Israilov (Vienna). 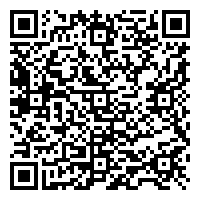