Remember when Vladimir Putin suggested he was justified in attacking Ukraine because it was home to neo-Nazis? Did you consider back then that maybe the Russian president was at least partially correct? Well, here’s a case in point: Ukraine’s ambassador to Germany Andriy Melnyk last Friday defended in an interview the good name of Nazi collaborator Stepan Bandera.


During the Nazi occupation of his country, Bandara wrote: “The Jews in the USSR constitute the most faithful support of the ruling Bolshevik regime and the vanguard of Muscovite imperialism in Ukraine. The Muscovite-Bolshevik government exploits the anti-Jewish sentiments of the Ukrainian masses to divert their attention from the true cause of their misfortune and to channel them in a time of frustration into pogroms on Jews. The OUN (Organization of Ukrainian Nationalists – DI) combats the Jews as the prop of the Muscovite-Bolshevik regime and simultaneously it renders the masses conscious of the fact that the principal foe is Moscow.”

His plan of action under Nazi occupation stated: “Moskali (ethnic Russians), Poles, and Jews that are hostile to us are to be destroyed in struggle, particularly those opposing the regime, by means of: deporting them to their own lands, eradicating their intelligentsia, which is not to be admitted to any governmental positions, and overall preventing any creation of this intelligentsia (e.g. access to education, etc.)… Jews are to be isolated and removed from governmental positions to prevent sabotage… Those who are deemed necessary may only work under strict supervision and be removed from their positions for the slightest misconduct… Jewish assimilation is not possible.”

There’s so much more, but Melynk, the current Ukrainian ambassador to Germany on Friday defended the antisemitic Nazi collaborator, saying that “Bandera was not a mass murderer of Jews and Poles,” and arguing that there was no evidence for such accusations. He was interviewed by Journalist Tilo Jung.

Melynk stated that talking about Bandera’s antisemitism is “a Russian narrative,” insisting that he did not wish to distance himself from the heritage of the OUN and Bandera.

The Israeli embassy in Berlin tweeted in response to the article: “The statement made by the Ukrainian ambassador is a distortion of the historical facts, belittles the Holocaust, and is an insult to those who are murdered by Bandera and his people. The ambassador’s statements are not only undermining the values we all cherish and believe in, but also undermines the courageous fight of the Ukrainian people, to live according to democratic values and peace.”

Melnyk admitted in the interview that there were Ukrainian crimes against Poles, but stated that “Poles also committed such massacres,” and, he argued, tens of thousands of Ukrainians.

Needless to say, that didn’t go over well in Warsaw, and they quickly contacted the Ukrainian foreign office, which rushed to issue the following statement: “We are sure that relations between Ukraine and Poland are now at their peak. Ukraine thanks Poland for its unprecedented support in the fight against Russian aggression. Nothing separates us, because both in Kiev and in Warsaw, there is a full understanding of the need to maintain unity in the face of pressing threats. The words of the Ukrainian ambassador to Germany, Andriy Melnyk, spoken in an interview with a German journalist, are his personal opinion and do not reflect the position of the Ministry of Foreign Affairs of Ukraine.” 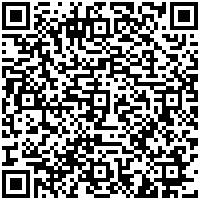