The Zionist Ad Kan NGO last week sent a letter to the Swiss Embassy in Israel following publication of its report on the conduct of the NGO Akevot—Institute for Israeli-Palestinian Conflict Research. Akevot exposes classified materials from state archives and the security apparatus to the public, with financing from foreign governments.

Ad Kan asked the Swiss ambassador in Israel to explain his country’s reasons for funding the Akevot activities to the tune of some $200,000, and demanded that embassy staff be instructed to resume acceptable diplomatic protocol.


Ad Kan’s report revealed that Akevot maintains a problematic relationship with the State Archivist Dr. Yaacov Lozowick. Dr. Lozowick oversees all of Israel’s official archives, including the IDF Archive. He is in charge of implementing the state’s declassification policies, and makes the final rulings on which documents will be open for the public and which not. In recent years, Lozowick was at the center of a public debate over attempts to enhance transparency of archival content, which were met with increasing restrictions on access to numerous sensitive documents. Even more recently, Lozowick announced he would leave his position and published a long, condemning report, stating that at present “Israel is not dealing with its archival material in a manner befitting a democracy.”

According to Ad Kan, the Akevot activities focus on investigating the Israeli-Palestinian conflict by exposing open and censored archival material to the public, when its employees are all “graduates of recognized radical leftist organizations.”

The report estimates the overall foreign funding of Akeveot – initially from the Swiss foreign office and later from the Norwegian government as well, at $305,000. Ad Kan CEO Gilad Ach was wondering what were the special interests of Switzerland and Norway in exposing Israeli state secrets, including undisclosed military information.

“Why are foreign countries digging into Israel’s archive?” Ach asked, suggesting the Swiss ambassador must account for his countries support for an “aggressive campaign which drove state employees to act against protocol and publicize documents that included medical and other private information, as well as damaging state security be exposing sources and modes of operation.” 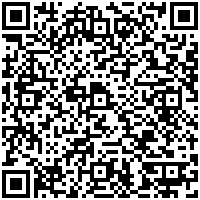