The Saudi Gazette was besides itself with joy at the notion that Rashida Tlaib “has landed in the history books by becoming the first Muslim woman elected to the US Congress.” Of course, the Gazette had little to say about the fact that Saudi Arabia itself is yet to permit its women to vote, never mind hold elected office.

But let’s not be so petty. After all, who if not the Kingdom press would rejoice at this unprecedented event over in Michigan, where Rashida Harbi Talib – first Muslim American woman to serve in the Michigan Legislature – has now won the Democratic nomination for the US House of Representatives from Michigan’s 13th congressional district.

Exhibiting an unusual misunderstanding of American politics, even for folks from the Arab peninsula, the Gazette asserted that “even though Tlaib won the Democratic primary on Tuesday, her Congressional seat is not guaranteed,” except that, as the author noted hesitatingly, “with no Republicans on the ballot in the overwhelmingly Democratic district in and around Detroit, Tlaib will run unopposed in the general election come November.”

Yes, she will win, as will the DNC’s other heroine du jour, Alexandria Ocasio-Cortez, who is also running practically unopposed in a NYC district. In both cases, it appears, the candidates’ victories will not change the balance of power in Congress, but they certainly mark a shift to the left within the Democratic party – with obvious outcomes regarding US-Israel relations.

Well, not so fast.

Ocasio-Cortez, whose entire political experience was based on serving on the failed presidential campaign of one Bernie Sanders, displayed her shameful ignorance of everything Middle-East in a tweet condemning Israel’s “massacre” of children along the Gaza Strip border, failing to disclose that some 80% of said children were paid and trained Hamas completely grownup agents.

Talib is a much more seasoned politician. Her political career began in 2004, when she interned for State Representative Steve Tobocman. When Tobocman became Majority Floor Leader in 2007, he recruited Tlaib to be on his staff. In 2008, she ran for her retiring boss’s seat, in a district that’s 40% Hispanic, 25% African-American, 30% white, and 2% Arab American. She won 44% of the vote in an eight-way Democratic primary, and 90% of the vote in the general election. Since then she has served a second term in the Michigan House, and lost a bid at the special election for John Conyers’ seat last November. Now she defeated her opponent and will go to Washington.

Which is probably why the left is so upset with Talib stance on US-Israel relations, especially ahead of an anticipated Democratic takeover of the House. Under its Republican majority, even during the Obama presidency, Congress has lavished grants on Israeli-led military projects, defying the Obama WH attempts to restrict aid to Israel to the $3.8 billion it receives annually. A left-leaning DNC-run Congress could be tighter with the purse strings.

Not going to happen.

Electronic Intifada, a frothing-at-the-mouth, anti-Israel website bemoaned on Friday: “According to a 15 July filing with the Federal Election Commission, the Rashida Tlaib for Congress committee had received $3,000 this cycle from JStreetPAC.”

The same website stated: “A key tenet of J Street’s position is rejecting the right of return for Palestinian refugees solely because they are not Jewish and therefore constitute a ‘demographic threat’ to Israel. […] Tlaib has not said much about Palestine during the campaign, but when she has spoken it has not been comforting. […] ‘We need to be honest about the dehumanization on both sides, frankly,’ Tlaib told The Washington Post. ‘And more importantly, we need to be not choosing a side.’”

All of which does not suggests that Rashida Talib is likely to sing Hatikvah at the 71st anniversary celebration of the Jewish State, but does imply that she will be much closer to the Democratic party’s consensus on Israel – not a small feat considering other Muslim members of the DNC. And the proof is in the pudding: the left is in a rage:

“Is Tlaib serious that we should be neutral and not ‘choose a side’ when it comes to Israel’s brutal military occupation, colonization and apartheid in her parents’ homeland? If she is taking the liberal Zionist ‘both sides’ line now, falsely equating a colonial occupier with its victims, does anyone expect her to be more courageous when she is in Congress and raising money for reelection?”

Music to our ears. 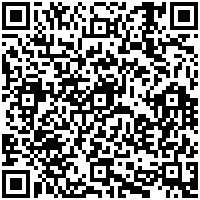