Four top sports officials are expected to arrive in Israel from the United States next week to conduct stadium inspections, meet with corporate executives and brief government leaders in anticipation of the upcoming 2018 World Lacrosse Championships in Netanya, Israel.

“The Federation of International Lacrosse is honored to have designated Israel as the first non-English speaking country to stage the Championships since its inception in 1967. With the broadcast reaching an unprecedented 250+ million households in 25 countries including the United States, Canada, England, Australia, and Japan, negotiations are now underway to stream the games on multiple global digital platforms as well,” stated Howard Borkan, General Counsel for the Federation of International Lacrosse, the official sanctioning body.


Its designation as host is being viewed as an early indicator of Israel’s growing stature in the international community. With more than 50 nations vying for the gold medal, it is clear that there is a warming up to both Israel and its important role in staging games on a world-class level.

More than 10,000 overseas players and guests are expected to travel to Israel, representing a substantial influx of monies to the domestic market. Based on the Israeli Tourism Bureau’s projections for this year’s Maccabiah Games, the hosting of the Championships is projected to contribute to the Israeli economy close to $50 million.

“Israel will not only have the opportunity to showcase its exceptional talents in the sport of lacrosse but also its contributions to the community of nations in science, technology, agriculture, and medicine. Israel will assume its well-deserved place on the global stage through the event’s major worldwide broadcasting and extensive media campaign,” Borkan said.

Joining Borkan for the meetings will be three distinguished lacrosse officials and several of the sport’s most outstanding players. Americans Mark Greenberg and Bill Beroza, who serve as founding members of the Israel Lacrosse Association, will be joined by Howard Offit, a three-time NCAA national champion. Their trip will be coordinated by Netanya-based executive director, Scott Neiss, who was recently awarded the Bonei Zion Young Leadership Prize.

Greenberg, a four-time All-American defenseman at Johns Hopkins University, a decorated Gold Medalist in the 1982 World Championship, and voted the world’s best defenseman as a member of the ‘82 and ‘84 U.S. national teams, is confident about the event’s success. According to Greenberg, Israel clearly has what it takes to exceed the expectations of associated players, fans, broadcasters, and officials.

“To stage an event of this size requires an outstanding partnership with domestic companies and the government. We are meeting with the leading event management, sports sponsorship, and public relations firms to appoint our new Israeli partners. Our team looks forward to conducting meaningful discussions with respective government agencies as well,” Greenberg noted.

Borkan praised Israel’s ingenuity and resolve, saying the nation’s ability to undertake an event of this international magnitude, the largest lacrosse tournament in the game’s history, is “a testament to its start-up nation prowess and ascent in the international sports marketplace.” 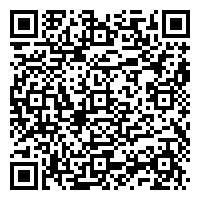