Despite the heavy diplomatic pressure exerted in recent days by the Israel’s National Security Council, Foreign Ministry and Ministry for Strategic Affairs, the Palestinian Authority on Wednesday was officially accepted by the World Policing Organization which is meeting in Beijing, China. Israel’s Channel 2 News reported. 75% of the organization’s plenum voted for the proposal, only 24 states opposed it.

The most serious meaning of the PA’s acceptance is that they will now be receiving sensitive information related to the war on terror. The PA will also be able to issue arrest warrants against IDF officers which would lead to their arrest abroad and extradition to the PA. For all intents and purposes, the status of the Palestinian Authority’s security forces will be identical to that of the Israel Police.

The debate in the plenum was delayed by claims from several countries, including Israel, about irregularities in registering the results of the vote on the criteria for receiving new members into Interpol. Eventually the vote was held, and the PA won the needed majority and then some. 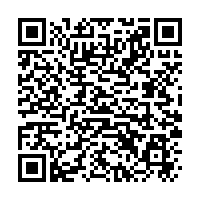