Israel will co-sponsor and vote in favor of a resolution at the United Nations condemning the Russian invasion of Ukraine, “together with a decisive majority of the world’s countries,” Israel’s Foreign Minister Yair Lapid announced Monday during a briefing to reporters.

He said that Israel is “thoroughly examining” the potential impact of the global sanctions on Russia and how they could affect the country’s economy.


“We established an inter-ministry team that will examine the effects and consequences of the sanctions on the Israeli economy and policy,” he said. Israel has yet to level any kind of sanctions against Russia.

Economically, Israel’s stockpiles of essential goods needed to maintain the economy are well prepared, but time is of the essence, as it is around the world.

As for the 10 tons of Israeli humanitarian equipment for civilians it is sending to Ukraine, Lapid said that “we have a moral, historical, and ethical obligation to be part of this effort.”

Three planes will depart Israel for Ukraine with a large shipment of emergency aid including thousands of coats, blankets, and sleeping bags, medical equipment, tents, and water purification equipment.

Touching on the government’s diplomatic conduct, he stated that “Israel has been and will be on the right side of history. Those are our values. Our most important ally has been and will be the United States, but our American partners also understand there are two points that we need to be mindful of and require us to be careful.”

“First, Israel effectively has a security border with Russia. Russia is the most significant military power in Syria, and our cooperation mechanism with them assists in our determined battle against Iranian entrenchment on our northern border,” he explained.

Israel has attempted to maintain a seemingly neutral line and has kept a low profile by showing some support for Ukraine and aligning itself with the West while trying not to anger Moscow, with which it has ties and with which it coordinates its military actions against terror targets inside Syria. Israel has issued a weak condemnation of Russia’s invasion of Ukraine, accusing it of “a serious violation of international order” but not of international law.

The second point, Lapid said, is that about 4,000 Israelis have already left Ukraine with the assistance of Ministry of Foreign Affairs personnel, but there are still thousands of Israelis there, and around 180,000 people eligible for the Law of Return. Israel estimates that there are some 50,000 Jews in Ukraine, and another 130,000 who are eligible for immigration to Israel under the Law of Return.

“Ukraine is an area of heavy fighting, but we are obligated to a sacrosanct commitment that we will do everything to not leave any Israeli behind, or any Jew behind. This is why there is a Jewish state. It’s our obligation,” he declared.

However, “it’s not simple,” he said. “The border crossings are very busy, communication networks are collapsing, and there is a significant amount of inaccurate information. Israelis and Jews are part of a wave of hundreds of thousands of refugees, and this wave grows daily.” 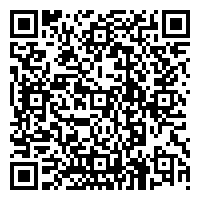