Russian President Vladimir Putin confirmed at the start of his Thursday meeting with Prime Minister Benjamin Netanyahu that the Russian army had recovered the body of missing Israeli soldier Zachary Baumel z’l.

“It was our military who found Baumel’s body,” Putin announced.

Tank commander Zachary Baumel z’l was missing in action since June 11, 1982, when he was captured in the battle of Sultan Yacoub in Lebanon, together with Yehuda Katz and Zvi Feldman. Baumel’s body has been found and brought to Israel for burial on Wednesday, after 37 years. He will be buried in the military cemetery at Mt. Herzl in Jerusalem.

Prime Minister Netanyahu told Putin in response: “I would like to thank you, my friend, for myself and on behalf of Israel for the strong friendship between us, which is very important for our relationship. Two years ago, I turned to you with a request to help us and you acted immediately.”

The Prime Minister added: “The family [of the deceased] was moved in a way that I cannot describe to you, Mr. President. Their jaws dropped when I told them about your enlisting to help, and they asked me to deliver their thanks to you.”

On Wednesday, the IDF Spokesperson announced that the body of Sergeant Zachary Baumel z’l had been located, brought to Israel and identified in Israel by a special IDF team led by the head of the army’s manpower division, Major General Motti Almoz.

Sergeant Baumel was clearly identified at the Institute of Forensic Medicine at Abu Kabir, as well as by the Chief Military Rabbi, Brigadier General Eyal Krim. 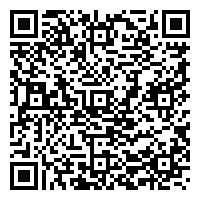