The new reality in Syria following the civil war in the country created an opportunity for the IDF to execute Operation Bittersweet Song to return the remains of MIA Sgt. Zachary Baumel, who has been missing since the First Lebanon War in 1982.

Lieutenant Colonel Avi Kallo, head of the IDF’s Missing Persons Division, told IDF Radio on Thursday morning that “the changing reality in Syria opened a window of opportunity – and we took advantage of it. For two years now we have been working on this move.”


For decades, the Israeli intelligence community and the MIA Allocation Team have undertaken various intelligence, research, and operational efforts in order to locate and recover the remains of its MIAs.

The IDF’s Military Intelligence Directorate initiated Operation Bittersweet Song, and following a month’s long process which was completed a few days ago, Baumel’s body was located, identified, and recovered.

After locating the grave and opening it, “we saw the overalls, shoes, remains preserved in such a good way. I turned over the overalls and saw Hebrew – that’s when I yelled ‘we have him,’” he told IDF Radio.

Baumel’s remains were reportedly recovered in the Yarmouk refugee camp in southern Syria. Prime Minister Benjamin Netanyahu revealed Wednesday evening that that Baumel’s tank jump-suit and his tzitzit were found with his bones.

Other reports indicate that Russia was instrumental in discovering Baumel’s grave. A spokesperson for Russia Defense Ministry stated in September 2018 that Russia was assisting Israel in locating its MIAs.

The head of the IDF’s Military Intelligence, Major General Tamir Heiman, wrote in a special missive that the operation to bring Baumel home “is an achievement of the entire intelligence community, a long-standing secret operation that began in the days of Lieutenant General Aviv Kochavi, Major-General Hertzi Halevy and their predecessors.”

He described the operation as “sensitive and exciting,” and its success is the result of “connecting pieces of information gathered over the years, and exploiting an opportunity that exceeds the imagination.” 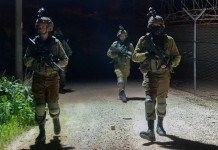 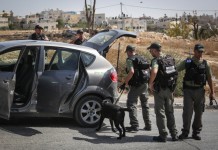 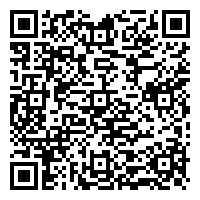